For the years when Jean and I could stay awake until after 11:00 pm, we were big fans of The Tonight Show, especially its band; however, it seemed that we rarely heard an entire tune. We found a way, though, to hear them in person. I invited individual “Tonighters” to participate during the first years of the Elkhart Jazz Festival. They were big hits. We only used the entire band one year. They were expensive. Snooky Young had a lot to do with getting the entire band their.  He put the word out to the band that the EJF used good venues, good food, good sound. Snooky had left the Tonight Show band but still played occasionally with them.

Snooky mentioned to me that he didn’t play with small groups very often, preferring big bands. He did sit in with the Navy Commodores at the fest and loved it. One of his favorite big bands was the Tonight Show band with Doc Severinsen as leader. He enjoyed 30 years in that band. He was section leader with most of the bands he played in. The list includes the Count Basie, Benny Goodman, Lionel Hampton, and many others. Being section leader meant he was also, frequently, the concert master. He instructed others as to the required phrasing and interpreted by the entire band. Big bands have often used a trumpeter playing near the end of a piece for the high notes and he handled it very well.

Snooky’s ability to do the high ones brought a lot of praise and respect from both his peers and the audiences. Knocking out high Cs night after night required strong chops. Most trumpeters, including Snooky, carried “meds for the mouth.” During the ’40s, when trumpeter Pete Candoli was working with the Woody Herman Band, he would leap onstage in a Superman costume, playing stratospheric high notes over the last chorus of “Apple Honey.” With most swing bands, ending some tunes with high Cs was expected by the audience. 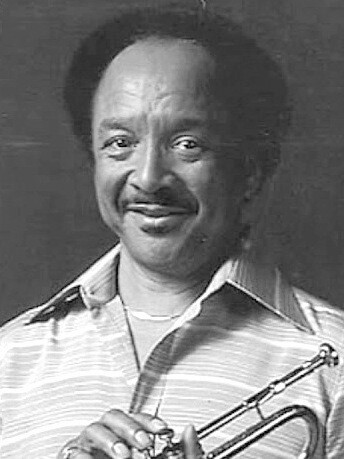 Snooky played almost all of his long life. He was born on February 3, 1919 in Dayton, Ohio. And, yes, he did have a “real” name: Eugene Edward Young. His childhood friends gave him his nickname, Snooky. He began playing trumpet at the young age of six and played for over 85 years. While still a little boy, he was very busy touring with his parents and four siblings, hitting the many vaudeville theatres. His first gig with a popular big band occurred in 1939 with Jimmy Lunceford, who used him as lead and solo trumpet. Later, he worked with Basie through the ’40s and later from ’57-62. In ’66, as a charter member, he played a weekly gig with the Thad Jones-Mel Lewis band every Monday night at the Village Vanguard.

Touring was a big part of his career as well. He was also part of the touring ensemble that traveled with Doc Severinsen, performing live concert dates, corporate events, and heading shows in the main rooms of Las Vegas. The one-nighters usually occurred on Fridays, Saturdays, or Sundays, as Severinsen was committed to The Tonight Show on weeknights. When I had him at the Elkhart Jazz Fest in ’88, he did his thing on Friday night and the next morning he went to St. Louis and then returned Sunday to Elkhart. He was in big demand!

One thing is very clear: his longest run and most successful job was with the Tonight Show band, a position he held for over 30 years. As the soloist, he was featured frequently. More recently, he worked into the 21st century with the popular band, the Clayton-Hamilton band. The bassist John Clayton, co-leader of that band, called him “the trumpet player’s trumpet player.”

Recognition of his career in big bands, he was named a National Endowment for the Arts Jazz Master in 2009. Snooky recorded only three albums under his name. He used great players in all three. The 1971 album, Boys from Dayton, featured Norris Turney on alto sax, Booty Wood on trombone, Richard Tee on piano and organ, and Cornell Dupree on guitar. His 1978 album with Marshal Royal, Snooky and Marshal’s Album, featured pianist Ross Tompkins, rhythm guitarist Freddie Green, bassist Ray Brown and drummer Louie Bellson. Horn of Plenty features Ross Tomkins on piano, John Collins on guitar, Ray Brown on bass, and Jake Hanna on drums.

Snooky died in of a respiratory ailment in Newport Beach in 2011 at the age of 92. He was survived by his wife of 72 years, Dorothy, as well as his two daughters, Judy Andrews and Donna Hoo, and a son, Danny; along with seven grandchildren; and six great-grandchildren. Besides his spectacular career in music, Snooky also loved his family. They still miss him—as do we all.