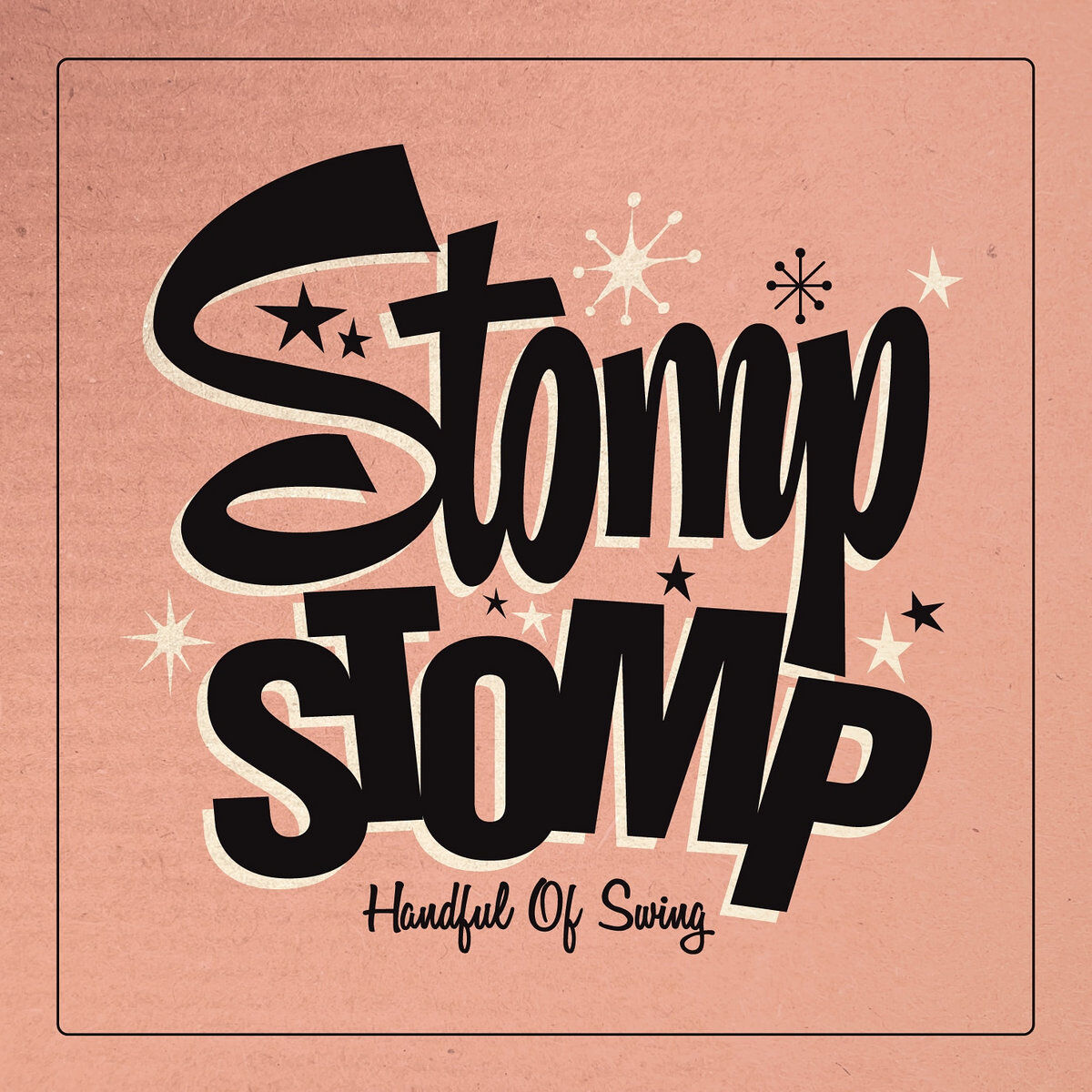 Back in the spring of 2020, before most of the world knew what was about to hit it, a French five-piece was putting the finishing touches on a debut album “made for dancers and swing lovers.” Named Handful of Swing, it was the first full record they had pressed after several years of plying their trade live. Mixing dance floor favorites with lesser heard classics—including numbers made famous by Fats Waller, Louis Jordan, Count Basie, Django Reinhardt, and more—it’s a solid ten-track addition to any jazz fan’s library.

While most are sympathetic renditions of their original or most famous versions, there is a certain amount of inventive rearrangement here. “Tickle Toe” exemplifies the former approach, in which Stomp Stomp’s sections align with Basie’s and soloists largely stay close to their forebears’ original, athletic lines. Instrumentation is also much the same—with the notable exception of the intro, in which Basie’s bassline is beefed up with brass. And Thomas Mayeras really works at those keys, it must be said—even more so than Basie did, on his 1940 recording.

Similar could be said of “Is You Is Or Is You Ain’t My Baby,” with its charmingly Gallic vocal from drummer David Avrit. “Green Hill” sticks closely to most famous versions of James P. Johnson’s “The Charleston”, while “Baby Brown” walks a sort of middle path, filling out the sound of Waller’s original recording with added brass and reeds.

On the other hand, “The Sheik of Araby” is a good example of the inventive approach—swerving both the classic Reinhardt and Tin Pan Alley styles, with their string-heavy twiddling and Orientalist ornamentations respectively, Stomp Stomp goes in a more straightforwardly swinging direction with a twinkling piano intro which, to my ear at least, introduces elements of “Exactly Like You.”

Performances are strong all around, particularly from Mayeras, with only one or two of trumpeter Arnaud Lécrivain’s highest notes sounding a little strained. Avrit has a pleasant voice, which he manipulates to match the tracks’ famous singers. I’m not sure this imitation was necessary though, and I’d have been equally happy to hear him do “Hallelujah Joe…” or “Baby Brown” without affecting McCoy or Waller’s gravelly tones.

If I had to make one criticism of this album, it would be that I’d have liked even more of the second, more creative approach. It’s always great to hear a really competent band recreating the classics, but it’s even better—in my humble opinion—to hear them contribute an innovative version to the jazz canon. But this is a relatively young band, with only one album to their name so far—there’s plenty of time for them to find their sound and showcase it.

Find Stomp Stomp Swing Band on Bandcamp and grab a digital download for €10. You can even get it on CD, if you like good old-fashioned physical media, for €14 with shipping included. Heck, you can even buy stickers and tote bags to help spread the word and help the band ride out a storm they couldn’t have anticipated, as they wrapped this worthy project up.