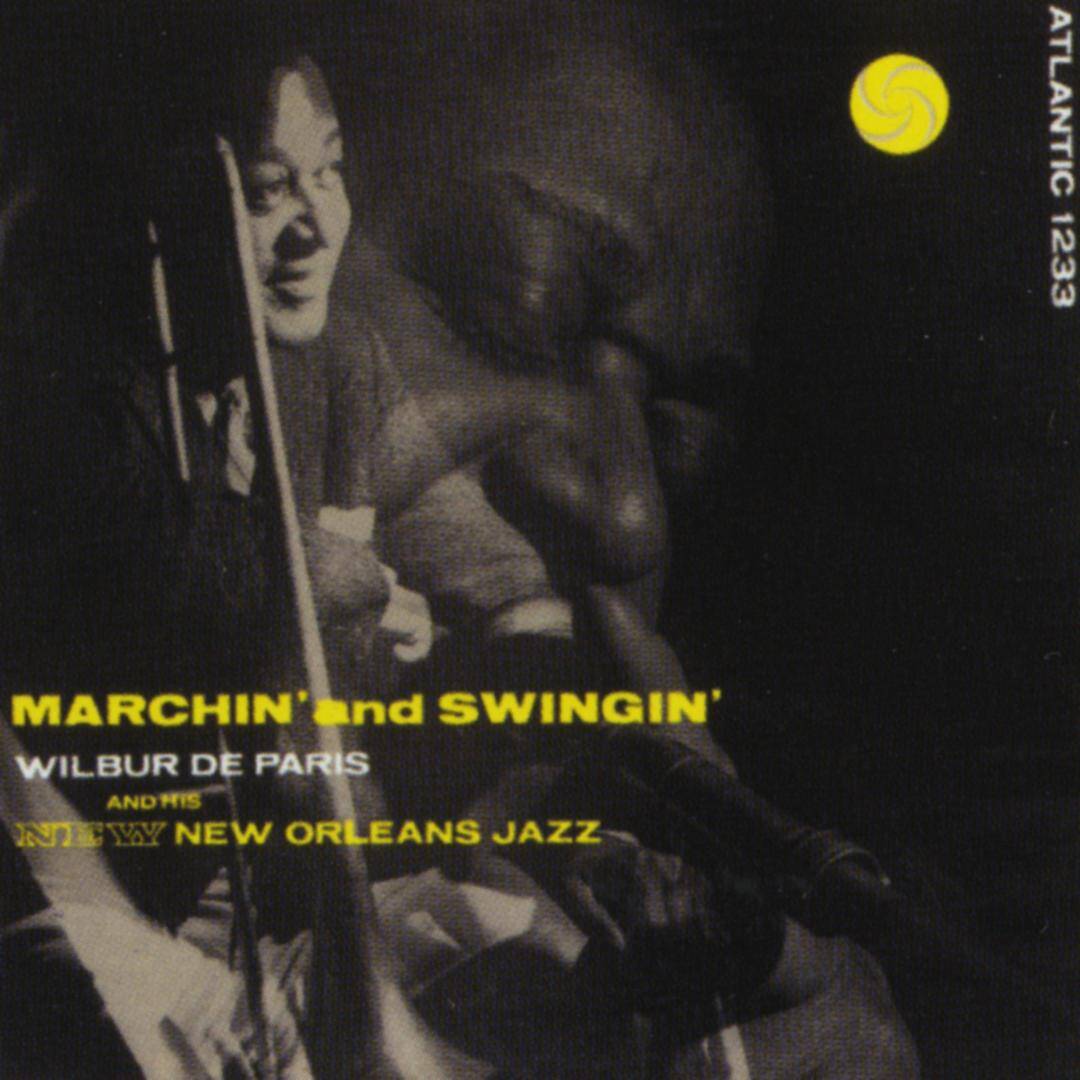 They often featured blazing tempos, the trombonist contributed some new material, and the band also performed tunes from unlikely sources. They were not shy to take chance and utilize different instruments now and then including valve trombone, harmonica (played by De Paris’ later drummer Wilbert Kirk) and even bassoon (performed by Garvin Bushell after he succeeded Simeon).

The group’s first studio album, Marchin’ And Swingin’, was recorded in 1952 and is a classic. The frontline is joined by pianist Don Kilpatrick, banjoist Eddie Gibbs, bassist Harold Jackson, and drummer Freddie Moore (who also played with Morton in the 1920s). They perform a particularly wide range of material on this set including the leader’s “Martinique,” “Under The Double Eagle,” Morton’s “Shreveport Stomp,” “Hindustan,” Rachmaninoff’s Prelude In C Sharp Minor, “Battle Hymn Of The Republic,” and a version of “The Saints” that, during its second half, is taken faster than any other version of the song.

Originally released by the Atlantic label, Marchin’ And Swingin’ came out in more recent times as half of a double-CD put out by the Collectibles label, paired with DeParis’ album At Symphony Hall, a 1956 set that is almost on the same level and highlighted by five of the leader’s originals, “Sister Kate” and “Farewell Blues.”

All of the recordings by Wilbur De Paris’ New New Orleans Jazz Band (which lasted until 1961) are well worth searching for with Marchin’ And Swingin’ being a perfect introduction to the band’s musical magic.