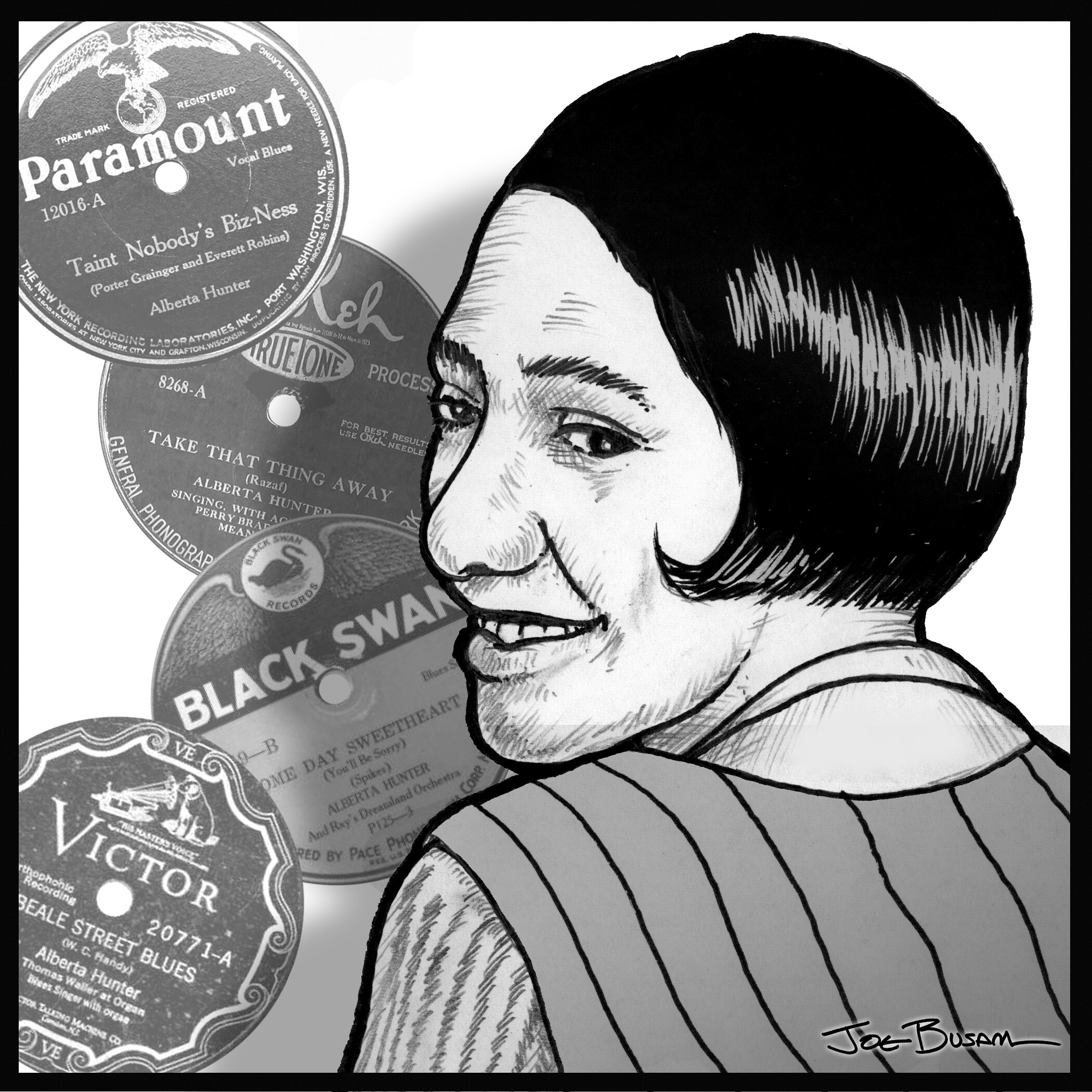 Alberta Hunter was born April 1, 1895, in Memphis, Tennessee. She never knew her father, and was not happy with her stepfather. She left home at age 11 and went north to Chicago, hoping to find work as a singer. Having no immediate success, she took a position in a boardinghouse which provided her a modest income plus room and board.

The job sustained Hunter while she sought work in clubs around Chicago. At the very start she was singing in brothels and saloons. A step up from such dives was an engagement at the Panama Club, a cabaret. Hunter sang in an upstairs room and patrons would drift away from the main performance to go up and hear her sing blues, the lyrics of which she would improvise.

Alberta Hunter eventually secured a long-term association with the Dreamland Café, Chicago’s premier venue for black entertainers. Starting in 1921, she made many records for Black Swan, Paramount, Gennett, Okeh, Victor, and Columbia. Hunter wrote “Downhearted Blues” with Lovie Austin and recorded the song for Paramount. She received only $368 for the composition, since recording rights had been secretly sold to Columbia by the Paramount A&R man, who profited from Bessie Smith’s million-selling cover. Nonetheless, the hit made Hunter’s reputation as a songwriter.

In 1928, Hunter played Queenie opposite Paul Robeson in the first London production of Show Boat. She subsequently performed in nightclubs throughout Europe. She spent the late 1930s entertaining on both sides of the Atlantic and the early 1940s performing at home.

In 1944, she took a U.S.O. troupe to Casablanca and remained with the U.S.O. until her mother’s death in 1957. Alberta was devastated, and the appeal of performing ended for her. At age 62 (claiming to be 50) she enrolled in nursing school and worked for 20 years at Roosevelt Island’s Goldwater Memorial Hospital.

Having reached the mandatory retirement age of 70 (she was actually 82), Alberta Hunter relaunched her singing career to worldwide acclaim. She recorded four albums, made numerous TV appearances, and her two-week gig in a Greenwich Village club turned into a six-year engagement.