I asked multi-instrumentalist Don Vappie some questions about his life growing up and becoming a musician in the Crescent City. (His latest release, The Blue Book of Storyville, is reviewed by Joe Bebco in this issue.) I edited his replies together, so you can get an uninterrupted sense of his laid-back Big Easy style as it emerges from the writing. 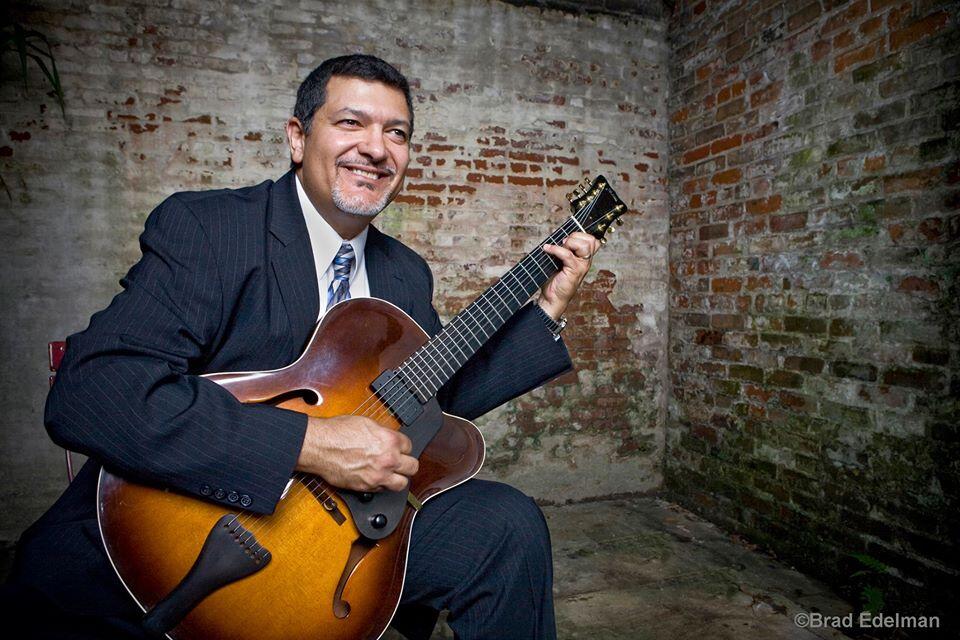 I grew up in New Orleans. When I was born, we lived on the corner of Coliseum Street and Valance Street in uptown New Orleans. I was an only child. My mother had had multiple miscarriages so they were really happy to have me. Neither of them were musicians but my father was quite talented in math even though he didn’t finish school. My mother loved to dance. So there was always music in the house.

My mother-somehow being aware of my interest and love of music-saw to it that I got piano lessons at a very young age. I studied with a cousin, Marie Moten. She is the mother of bassist Richard Moten and Richard and I play together a lot these days. Though I didn’t continue playing piano, the foundation from those piano lessons was invaluable.

From a very early age, probably six or seven years old, I knew I wanted to be a musician. I played trumpet in the school band starting in fifth grade or sixth grade. As early as sixth grade I remember my band-mates at elementary school and I were learning to play Joe Avery’s blues. By the time I got to high school I switched to a baritone horn. I participated in school bands throughout that time but I also got interested in the electric bass and electric guitar during my ninth grade year.

We wanted to play the music on the radio. So, I got a bass guitar and joined a band with my cousin Stanley Joseph. Not long after, our guitar players quit but I’d been watching them so I got hold of a guitar and I began playing guitar with the band. All through high school we played in garage bands or backyard bands and we participated in talent shows around town. Every neighborhood had young kids forming bands and there was always competition as to who was the best. New Orleans had so much music happening. I don’t think I was so much aware of it consciously, as it was just part of life.

Any music I heard was an influence on me-from TV themes to orchestral music to the pop music on the radio. Even the soundtracks in movies affected me. 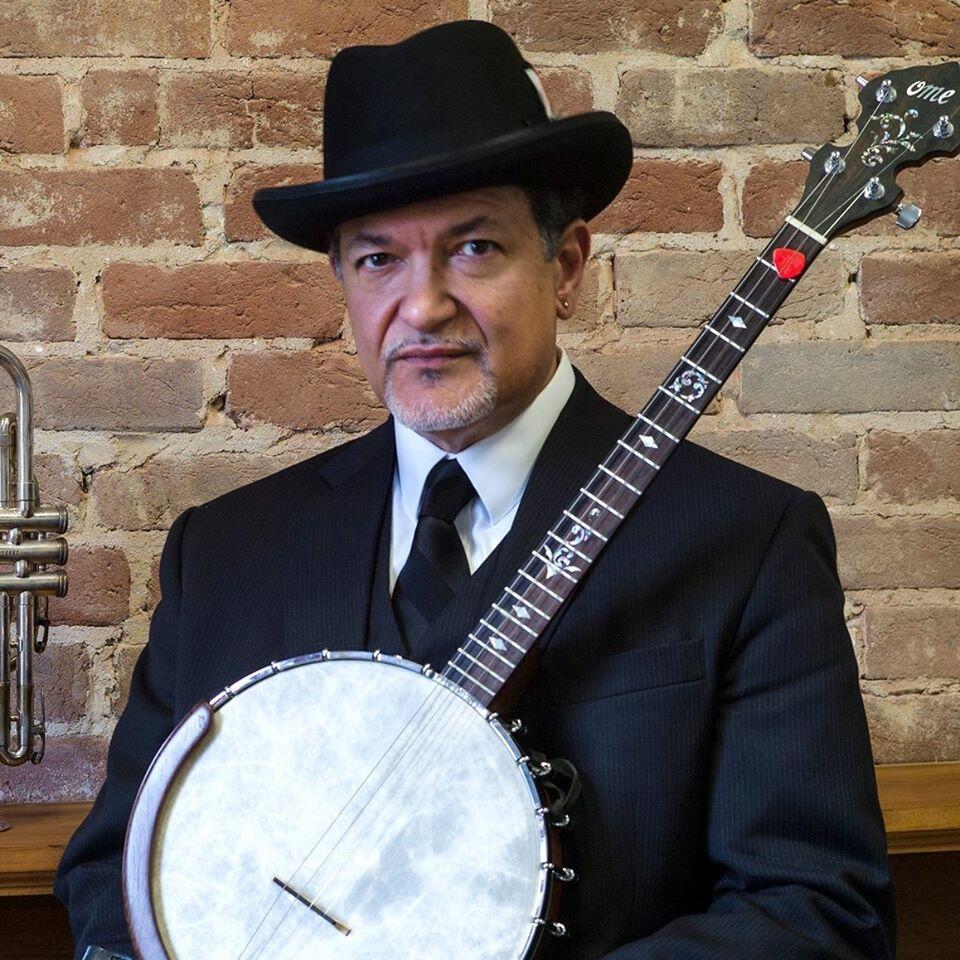 My musician friends were probably my early mentors. We were all striving to be better. We’d learn our music from recordings. We’d learn our parts and then come together and play. The very first recording I owned was given to me by my grandmother who, by the way, was a sister of Papa John Joseph. It wasn’t until much later that I learned Papa John and his brother Nelson had a barbershop across from Buddy Bolden‘s house. That shop was the meeting place for black musicians around 1900. My grandmother and all of her siblings were musicians, some of them professionally.

Anyway, the first record I got was a 78 of the Chick Webb Orchestra with Ella Fitzgerald singing “A-Tisket A-Tasket.” But my favorite was the B-side, “Liza (All the Clouds’ll Roll Away).” Even back then with my Decca record player, which closed into a box that I could carry around, I knew I wanted to play that arrangement one day. I did and still do with my group the Creole Jazz Serenaders.

My first professional gig was with a band called TCB. I was about 15 years old. We got fake IDs at this place on Canal Street. It’s not like it was a counterfeit thing. The shop would take your picture put it on a card and put whatever age your birthday you said you wanted on it. But, it also said it wasn’t a legal ID. Still, you could flash it. LOL.

We played a club on Bourbon Street called Papa John’s. There was a long runway stage dance floor surrounded by the bar. The girls would dance up there. A few times we had a singing group that would join us, à la Temptations style. They would stand up there and do their routine while we played on the stage toward the back of the club.

At 17 I started college. My birthday was in January so I ended up starting school early. By that time I joined a band that we had formed called TracOne. We were pretty popular, playing an average of 30 high proms every year, as well as social club parties, dances, etc. I still play with this band maybe twice a year.

During that same period, because I could read music, I would play at the blue room in the Fairmont Hotel with the Dick Stabile Orchestra. I’d get called in when they needed a guitar player for supper club show. Some of the shows that played were Joel Grey, Carol Channing, Edie Adams, Rich Little, Peggy Lee, and others.

I ended up coming in for Peggy Lee when Joe Beck suddenly quit. I played the last three or four days of her show and she offered me the gig. I couldn’t just pick up and leave so I declined. She gave me a handwritten note saying that if I ever wanted to play just tell Dick. I still have it and when I look at it I wonder “what if.”

Over the next 10 years or so I would meet many musicians who were around me that I just didn’t realize I knew. Placide Adams, Gerald Adams, Justin Adams, Teddy Riley, Danny Barker… I could go on.

Oh, I almost forgot. When I was 14 or 15 years old our drummer was a cousin of the drummer who played in the Meters, Zigaboo Modeliste. I was a huge fan of the Meters. So in terms of mentors, though I didn’t know them personally, I have to mention that each one of them was important. I don’t think I have enough room or memory on my phone to continue talking about all the people who have influenced me.

I actually like recording. I’m not sure there are any minuses for me.

It’s always a challenge when I switch instruments. I studied string bass in college and I really love it. I played electric guitars but now I play more acoustic guitars. And the banjo is a different tuning than either one of those.

In some way I believe that my uniqueness is due to the fact that I understand the role all my instruments play in a group, to the point that I can swap roles on the different instruments I play. In other words, I might walk a bass line on the banjo using chords with the bass at the top of the chord instead of the bottom, as I would on a guitar.

My new CD, The Blue Book of Storyville, is the first of many recordings I plan to put out in the years to come. The Blue Book of Storyville was a book that listed all the prostitutes and brothels. It was like a catalog for prostitution. New Orleans was about to turn 300 years old and I decided I wanted to write songs that were connected to different aspects of that history whether it be cultural, historical, or just experiences. So, I did a lot of research and came up with different events and situations that inspired the compositions. 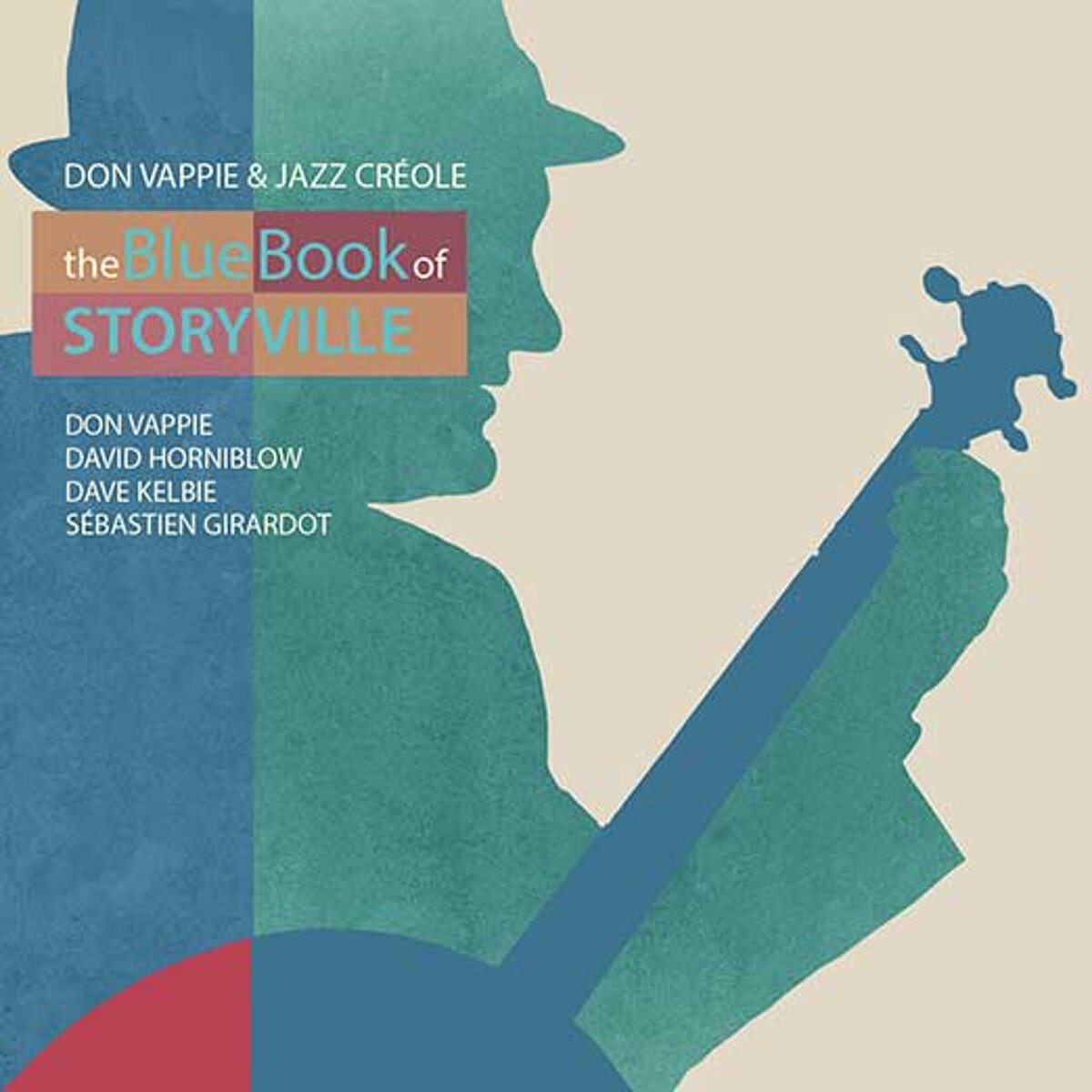 All the songs on the CD have a connection to New Orleans in someway whether it be the Caribbean, France, or the New Orleans that I grew up in. “I Would if I Could” was inspired by the experience of playing for dances, weddings, events where there was a wide range of ages. Everybody, regardless of age, celebrated these kinds of songs on the dance floor. “Port Bayou Saint John” was founded by the Indians and was the first port of New Orleans, before it was actually New Orleans. Today it’s Bayou St. John and the port was where the bayou opens in to Lake Pontchartrain. Back then it was called Bayouk Choupic after the mud fish.

Teaming up to work on this CD with the London based label Lejazzetal is one of the best decisions I’ve made. I love the support I got from Dave Kelbie and the guys in my band, Jazz Créole.

I have mixed thoughts about Storyville itself. I can’t imagine that prostitution was great for everybody involved. In some ways it may have empowered women. But, it all depends on your perspective. We can’t forget the Jim Crow Laws. Possibly it generated gigs for musicians, but we had social clubs and other outlets for professional musicians. I think Storyville gets too much credit for early Jazz. But then, New Orleans is a port city. It’s also a very Caribbean city, a very Creole city. It’s an interesting juxtaposition of a “sin city” and the second largest Catholic diocese in the country. 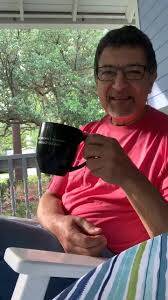 At this point, I try to keep busy with my 8 AM “Coffee on the Porch with Don Vappie” and my 3 PM “Afternoon Songs with Don Vappie” that I do live on Facebook.com/Don.Vappie. When I started, I had no idea that I would be helping so many people cope with being isolated. One of my listeners says I’m on mental health service. LOL. [Ed.note: check these sessions out—they’re great!]

It always comes down to the fact that we are all in this together. We are only as strong as our weakest link. Right now our weakest link is being exposed in a terrible way, the same terrible way it has always been exposed. Hopefully we find a way to move up, not just forward.

My wife, who has a Masters Degree in History, once told me that I didn’t sound like a New Orleans banjo player. She thought I sounded more like a Caribbean banjo player. Given the historical influences that make up New Orleans culture, then, I am a true New Orleans musician. I live the tradition.

Visit Don Vappie online at donvappie.com. The Blue Book of Storyville may be purchased from the Louisiana Music Factory (louisianamusicfactory.com) or from LeJazzEtal Records (lejazzetal.com).