Narcisse Jazz Band • Look At The World And Smile 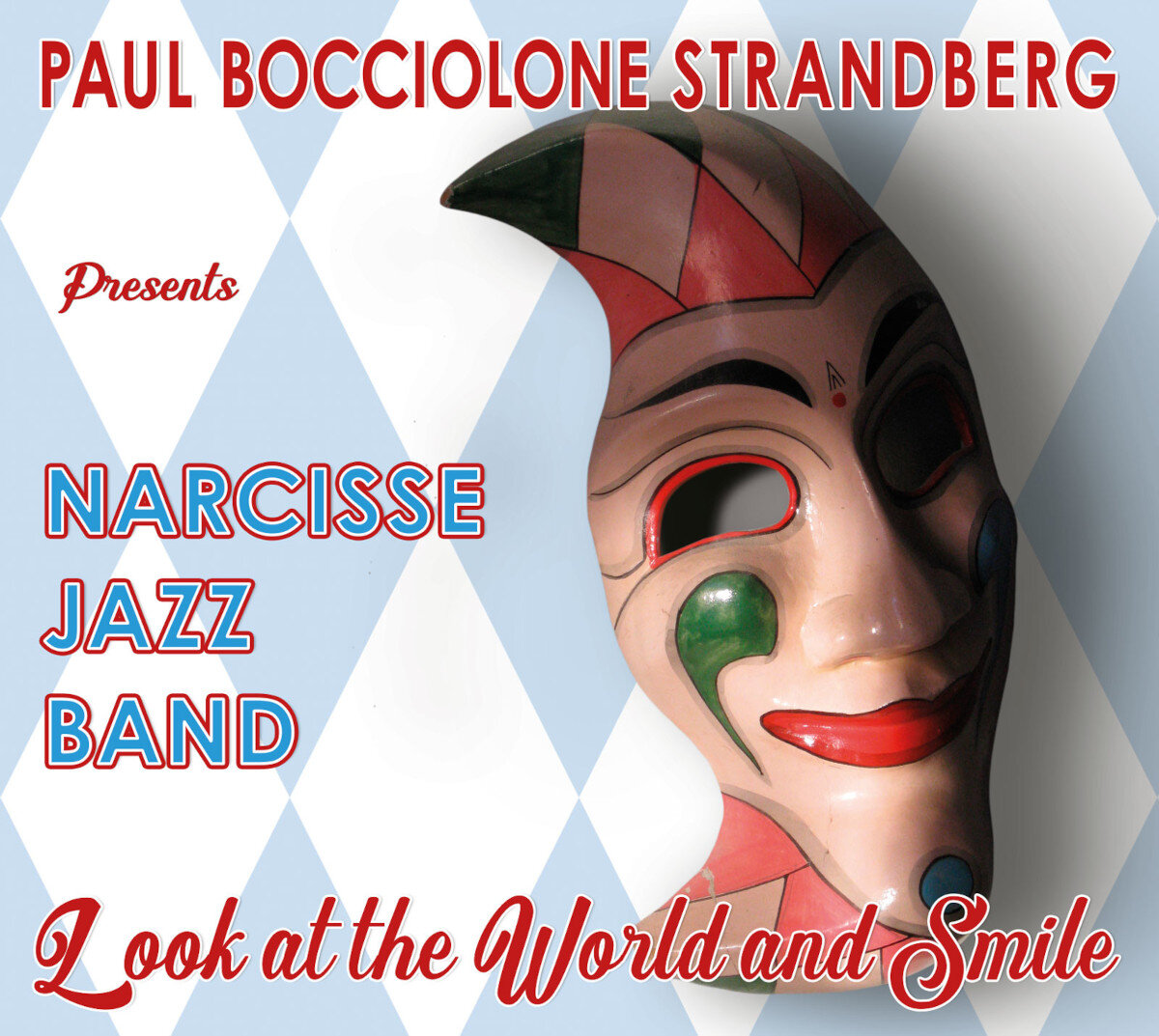 A casual listen to Paul Bocciolone Strandberg’s Narcisse Jazz Band’s Look At The World And Smile reveals an excellent eight piece group consisting of cornet, trombone, clarinet, alto, piano, banjo or guitar, sousaphone, and washboard. The flexible outfit ranges in style from early Fletcher Henderson to Bix Beiderbecke, from hot jazz to late ’20s dance band music with an emphasis on lesser-known pieces. While all of that sounds enticing by itself, there is one curve ball. Strandberg plays all of the instruments!

Born and raised in Sweden, Strandberg began playing the guitar when he was 14, started on trumpet and cornet the following year, and in 1972 formed the 1920s band Scaniazz which lasted for 15 years. Strandberg also worked with the Peruna Jazzmen in the 1980s, has performed with many repertory bands, and has led Paul And His Gang since 1990 in addition to being involved with many other classic jazz projects.

On this CD, Strandberg manages to not only display different but complementary musical personalities on each of the horns, but sometimes two apiece, emulating both black and white styles of the 1920s. The ensembles (which are sometimes tightly arranged and at other times jammed) are filled with inventive harmonies, his sousaphone playing sets the foundation for the “group,” and one quickly forgets that all of the instruments are played by one person via overdubbing; the balance is excellent.

Among the songs that are revived are such obscure gems as “See If I Care,” “Lots O’ Mama,” “Just One More Kiss,” “The Flapper Wife,” “I Must Be Dreaming,” “Look at The World And Smile,” and “Baby.” Although it is tempting to say that I would love to see the Narcisse Jazz Band live (!), Strandberg’s CD is certainly a delight.