Richard Hadlock of Berkeley, California was born in Schenectady, NY, spent his childhood in rural New England and his teenage years in Rio de Janeiro (his father was President of RCA-Brasil).  He played in an Army band in Arkansas, 1946-47.  Dick studied clarinet with Garvin Bushell in 1952-56;, and had further studies with Lee Konitz.

The chapter of his mentoring by Sidney Bechet is significant, but didn’t care for being treated as a personal assistant. Yet flashes of the master’s tone and technique were undeniable in Dick’s soprano saxophone sound.

If you read Hadlock’s landmark book, Jazz Masters of the 20s (1965) or his well-considered liner notes, you might have thought of him primarily as a brilliant jazz journalist. He wrote for Down Beat and Metronome magazines. But he also owned and edited The Record Changer magazine (1956-58).

You might easily think of him as primarily a jazz musician. Hadlock played most of the saxophone family and clarinet exquisitely. First graduating to professional musician in 1957, he was hired by Turk Murphy to replace the departing Bill Napier and handed a book of some 300 tunes to learn in a week. 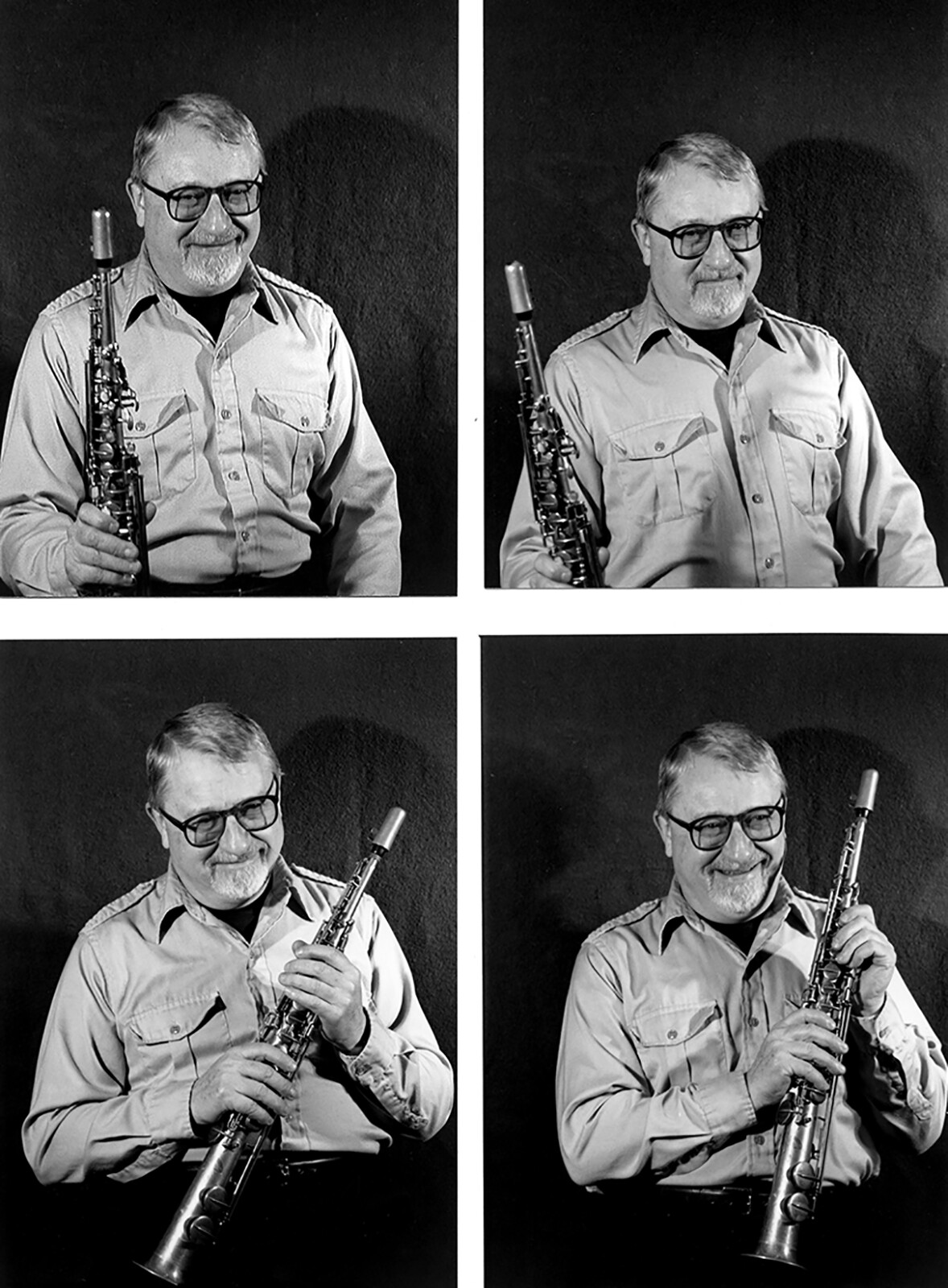 Those who listened to his Annals of Jazz radio programs broadcast on various San Francisco radio stations since 1959 think of Hadlock as a broadcast oracle.

In the San Francisco Bay Area during the 1970 and ‘80s Richard (he preferred that to Dick in later years) performed frequently with cornet player Leon Oakley, pianist Ray Skjelbred, trombonist Bob Mielke and in Dick Oxtot’s bands.  Singers Barbara Dane and Barbara Lashley were friends and colleagues.

Richard garnered a Grammy nomination with his liner notes for a Time-Life Giants of Jazz box set. In 2020, he was honored with the Marian McPartland-Willis Conover Award for Lifetime Achievement by the Jazz Journalists Association.

This only hints at the gentle humanity, humility, generosity, skill, dedication and exquisite music making of Richard Hadlock.