Songs To Think About… But Perhaps Not To Dance To

Here in the UK, speech isn’t entirely free. The right to offend whomever we want isn’t enshrined in statute, as in the US Constitution. We have hate speech laws to protect people from language designed to distress. I think it’s a good idea—although there is the potential for its abuse. So I was intrigued to see on social media a collaborative list of tunes which, its compilers believe, should be purged from swing dance events worldwide.

The list emerges as the global community audits its own inclusivity. Titled “Songs You Need to Think About,” it features rarely-heards and dance staples. Contributors argue for their elimination with reasons and references. Some, no compassionate dancer would ever miss—like “That’s Why Darkies Were Born,” or “Chong (He Come from Hong Kong).” But would-be censors might have a harder time ousting others—favorites like Louis Prima’s “I Wanna Be Like You.”

The list’s originator is Nalla Kim, a dance teacher based in South Korea. He bravely admits planning a blackface performance to “honor” dance pioneer Frankie Manning, until someone clued him up. “

Although I’ve taught Afro-American dance for a decade, I still don’t know the history perfectly,” he told me. “I noticed that many American dancers try to explain it, but have to do it again and again for beginners,” he added. “It’s also tricky to understand the lyrics of swing songs, for non-native speakers of English. So I inadvertently played some which caused offense, and people soon let me know.” After seeing such mistakes committed in scenes around the world, Nalla decided to do something about it.

He isn’t touting the list as a definitive directory but a prompt for further discussion. “I don’t want people to use this list like a bible,” he said. “And I hope that people don’t use it just as a tool to shame others.” Nalla would rather see DJs and bandleaders use it to inform their own decisions, rather than venues dishing out vetoes. He accepts that disagreements will arise, but hopes for consensus on the most offensive material. “We need to understand swing dance not only as an art, but also as the culture and history of a people,” he added. “We all need to open our minds and be kind—that’s the first step.”

It’s bound to be controversial. Seeing Louis Jordan’s “Saturday Night Fish Fry” listed surprised me, for one. The song about police raiding a rent party is listed because its attendees are presumably Black, like the singer, and thus probably victims of police discrimination. Notably, Nina Simone’s “Four Women” and Billie Holiday’s “Strange Fruit”—both famous anti-racist protest songs—are described as “never okay” to play. Another, Fats Waller’s “Black and Blue,” gets a maybe. Isn’t axing these tracks a denial of Black history? 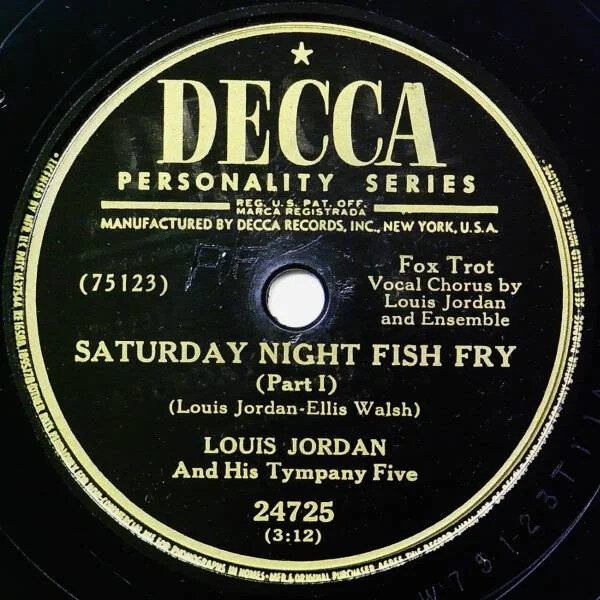 I asked Odysseus Bailer: a New York-based dance teacher, DJ, and activist who champions instruction embedded in the cultural context of jazz and blues. “There always comes a time when a person of color in a dance hall stops and thinks, ‘There’s a lot of white people here and very few Black people,’” he told me. “There are very few people of color teaching or deejaying—seeing all that, we can’t help but think that this came from Black American culture and yet most people doing it know nothing about it.”

When this point is made, the common response is a collective cry of, “This is a dance class, not a history lesson,” Odysseus said. “I’ve seen a lot of instructors and organizers almost go out their way to be ignorant about the cultural history of blues and jazz music and dancing,” he added, by teaching from a “Eurocentric” perspective which creates “cookie cutter” dancers and devalues individual expression—something he sees as central to dances which emerged from Black Americans’ experiences of Jim Crow. “Some people say we should leave the politics out of it. To which I say, ‘You have no idea how much politics is involved here,’” Odysseus added. As such, he welcomes Nalla’s list as a baby step towards deeper understanding and compassion.

“Yes to that—flat out yes,” he said. As for the list’s contents? Some decisions will be easy. “If any derogatory term for Black or Asian people appears in the song, then clearly don’t play it,” he added. What about songs decrying racism? Here, context is key. “Most dancers aren’t listening to the lyrics,” Odysseus said. “I feel very uncomfortable seeing people dance jovially to a song that’s really deep and heavy, talking about social things Black Americans had to live through every day. If I was deejaying for a room full of Black Americans, I would probably play these songs—I wouldn’t elsewhere.”

I had to ask about “Saturday Night Fish Fry,” being one of my favorite numbers. Surely that one was okay—the song doesn’t even declare its subjects’ skin color. But the clues are in Jordan’s lyrics about being roughed up. “African Americans know what this song’s about,” said Odysseus. “It’s about cops breaking up our stuff while we’re minding our business. It’s about the differences in how they treat people—even to this day. So I wouldn’t play this song at a dance because it’s about busting heads at a peaceful gathering of Black people dancing, cops wanting to control who they used to own.”

If in doubt about a tune’s suitability, there’s a simple solution, the activist says. “Reach out to Black American dancers and talk to us. Get our perspective, have that respectful conversation. And watch more documentaries focusing on the lives of our people back then, and how the music and dance played a role.”

Does this mean that Black dancers should curate the blacklist? “I think anyone can pitch in,” said Odysseus. “Racism was towards Asian and Latin people as well.” (He suggested adding “Zoot Suit Riot” for this very reason.) It isn’t sweeping history under the rug, he argues, so long as these records still exist. “There’s no rules saying you only play jazz at dances,” he said. “Listen to them, think about what they mean. Jazz and blues are the history of African American people. Play controversial music as a reminder of what we had to go through, just don’t party to it.” 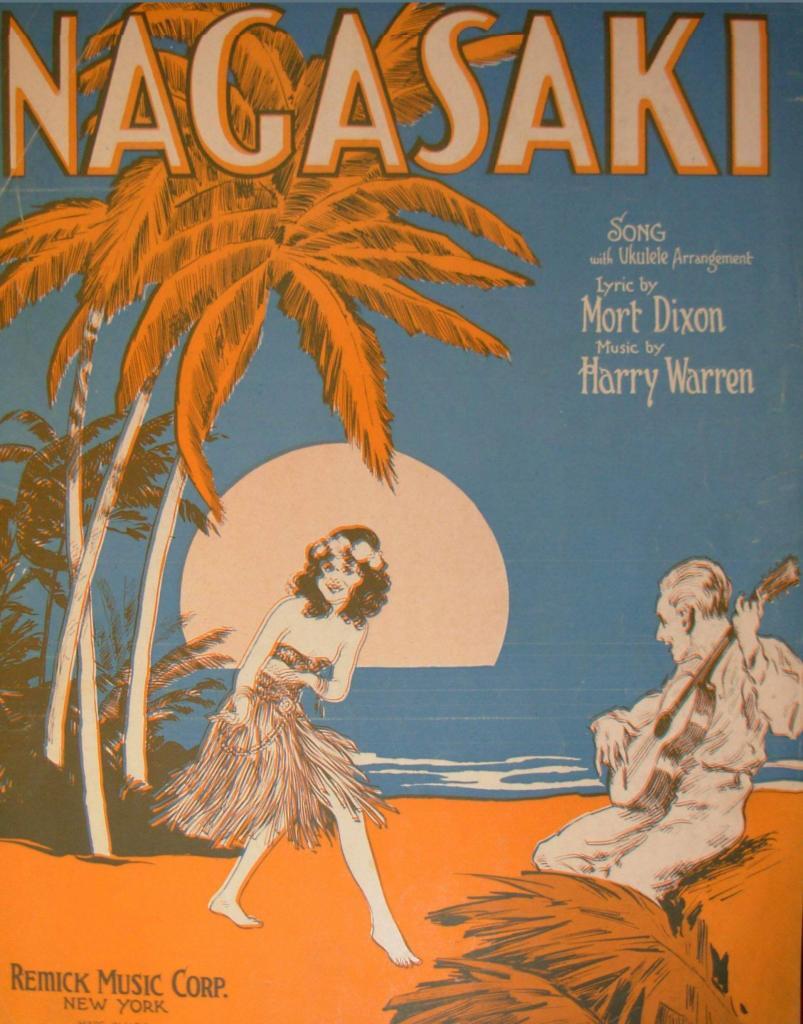 Asian American trumpeter Gordon Au has previously written about “Nagasaki,” a song rife with distasteful stereotypes. Dubbing it “everyone’s favorite bullshit song about Japan,” his Au Brothers Jazz Band nevertheless perform it regularly—albeit with sanitized lyrics. He added the original to Nalla’s list, along with “Jap-Jap-Jappy” and others, but also advocates preserving such songs as museum pieces. “With context they can be learning opportunities,” he explained. “There is a difference between remembering something and honoring it. Not playing these songs is not the same as denying they existed.”

Gordon sees the exercise as one of selective inclusion, rather than expulsion. “Given the enormous collection of twentieth-century jazz, the ones we choose to perform are special,” he said. “Why should we choose to resurrect unworthy ones?”

He also sees the list as a resource, rather than a boycott. “I think this has value for DJs and bandleaders to check against their libraries when adding new songs,” he added. “Seeing a song there could be a good flag to approach with care.” Odysseus too would like to see the list evolve as DJs and dancers discover questionable content, but doesn’t encourage people to go looking. “I don’t go out of my way to find songs to not dance to,” he said. “People doing that, I would question their motives.”

I have similar reservations: Lucky Millinder’s “Are You Ready” is listed for “war propaganda,” Fats Waller’s “All That Meat and No Potatoes” for “degrading and objectifying lyrics,” Clarence Williams’ “Big Fat Mama” for being “insensitive to skinny people” and Julia Lee’s “King Size Papa” for disrespecting “people with normal-sized penises.” I’m not sure men with modest wedding tackle deserve the same protections as people of color. But, after enlightening chats with two people who know better, I’m willing to be persuaded.

Odysseus moderates a Facebook group in which members discuss how to improve the global dance scene and share relevant resources—find it at tinyurl.com/obailer. He’s also available to coach dancing and its cultural context worldwide. Read Gordon’s article on “Nagasaki” and other offensive songs at tinyurl.com/gordau.