The Envelope Pushes Back

I am never quite sure, when I sit down to write this column each month, whether it’s going to be a jeremiad or an exercise in looking as much on the bright side as my retinas can stand. At the moment my outlook is generally positive, though I always keep dread within arm’s reach. To get rid of anxiety entirely is like inhabiting a home without smoke detectors. This is especially true if we occasionally amuse ourselves by setting the couch on fire.

As I stated in a response to a letter last month, I have always been compelled by my own nature to push the envelope. I have never been able to leave well enough—or bad enough—alone. Taking chances is an essential part of creativity. At any rate, it has been for me. I’ve loosed dozens of literary and musical creations into the world that range from silly to edgy to frankly offensive. I won’t disown my children and I won’t apologize for them. These works for the most part were not borne of any political or philosophical agenda, or even of any strong point of view. They were ideas that made me laugh that I carried beyond the threshold of good taste.

I try not to inflict my questionable humor on readers of The Syncopated Times, since this is not the place for it. I used to run a few milder items as filler before I had enough contributions (from more conscientious writers than I am) to plug those wide open spaces. Readers who follow me on Facebook do see some of my characteristic commentary. And yet, there is so much that I don’t say there. Bad boy that I am, I realize that certain of my unfiltered observations would not go unpunished. 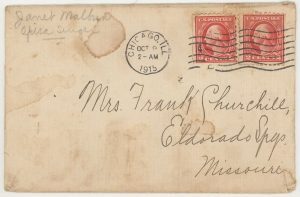 The freewheeling days before social media do evince a feeling of real nostalgia, even in one who recoils at the word. A generation ago I could read a poem or sing a song and offend a whole room full of people; today the outrage would travel halfway around the world almost instantaneously. And the denizens of the internet have developed the ability to detect and call out all who merely appear to behave untowardly. Villagers today have brighter torches and sharper pitchforks.

Moral outrage is a hell of a drug, and there is enough of it on both sides to keep things unduly warm. To be irreverent without faction, one might as well just paint a target on oneself. During the recent “Dixie” controversy covered in these pages—and which we address (I hope) one last time this month before moving on to other business—ripe produce and brickbats came at us from both directions.

One commenter expressed the wish that I die slowly and painfully from a lingering disease. Others no doubt regarded me as the nasty uncle they have to physically restrain themselves from strangling at Thanksgiving dinner. No one knows quite what to make of a gadfly without portfolio. That’s why God made flyswatters.

And this essay is not aimed simply as a polemic against Political Correctness. Certain people have a legitimate grievance, having been marginalized and beaten up on for ages. As scurrilous a humorist as I am, I won’t heap my satire on the pain of others. And as for my stumbling and blurting in the course of my (all-too infrequent) revels, I can understand how my maladroitness might be perceived as abusive. Comparing clumsiness to actual evil, evil comes across as the lesser of the two evils.

In a quote usually attributed to Oscar Wilde (though, like everything else he said, he probably never said it), “A gentleman is one who never hurts somebody’s feelings unintentionally.” The editor of this periodical is certainly no gentleman, though he admits to being a poet and a peasant; a troubadour and a troublemaker. And he never can tell just how his jokes will land. Cleverness is its own reward; frequently, there is no other.

I chose an illustration for page 14 in this issue. I think it’s brilliant and illustrates the point of the surrounding text eloquently; it asks the question and answers it. Yet I do keep my dread by my elbow. By including it, it’s hard for me not to come across as a smart aleck (or a smart something else that begins with the letter A). But there it is. If you didn’t want me to push that particular envelope you shouldn’t have left it out on the counter.

Perhaps too late in life—and as one whose alleged wit ensures he is a target for such attentions—I begin to realize that it hardly matters what anyone says to me. I find that while I’ve constantly agonized about everyone else’s feelings, I can honestly say I’ve been roundly scolded by the absolute best. However benign my intentions, I was there to take it—and I took it. As a wielder of a considerable public megaphone, it really is my business to be sensitive to the sensibilities of others while toughening my expansive hide to their abuse. The Editorial Office is also the Complaint Department. It’s part of the job and one gets used to it.

I still can’t say whether this is a litany of woe or a hosanna. Whatever turmoil I’ve experienced over the past two months, I’d say the bright side somewhat prevails.

The envelope may indeed push back, but we maintain our prerogative to push it slyly forward again when the opportunity presents itself. And for that, at the very least, we may be thankful.