Is the term “Dixieland Jazz” Racist?

It is my (probably naive) assumption that the vast majority of us muddle through our days not intending to hurt anyone’s feelings. The more sensitive of us may have an innate understanding of what may cause offense without even having taken a college course enlightening us to what all the most hateful expressions are—though that rudimentary sense may no longer be sufficient. Though we stumble, we who are blissfully unencumbered by the burden of such an exalted social consciousness mean no harm; our terminology, however rough-hewn, is not deployed with unkindness.

Since I do not avail myself (at my own expense) of the various refresher courses regarding necessary changes in our language, I am occasionally surprised by the now-hurtful words I have long taken as benign. I have used these words. My profound and possibly irreparable ignorance was brought home to me as I read, on the website of the Jazz Education Network, an essay written by Todd Stoll, who currently serves as Vice President of Education for Jazz at Lincoln Center in New York City.

The piece, which bemoaned that we are not teaching the vital and joyous jazz legacy of Louis Armstrong in our music programs, included a parenthetical disclaimer:

“Author’s note: I do not use the term ‘Dixieland’ or ‘Dixie.’ The term’s racist history is offensive and there are better ways to reference this music: ‘trad jazz,’ ‘early jazz,’ ‘New Orleans jazz’ all work.”

I honestly had never heard this argument before. My sense was that young players of hot or early jazz tend not to use “Dixieland” because for them it connotes unfortunate images of Styrofoam boaters and red-striped jackets. Yet Dixie (if you will forgive the expression), when properly played, can be a lovely thing. So, is “Dixieland” hate speech? Is it hate music?

I admit that I cannot wrap my mind around such a concept. I can’t fathom that the boys who played Reisenweber’s in 1916 meant anything untoward by calling their group the Original Dixieland Jazz Band. They could not possibly have seen how some would recoil at the term today. 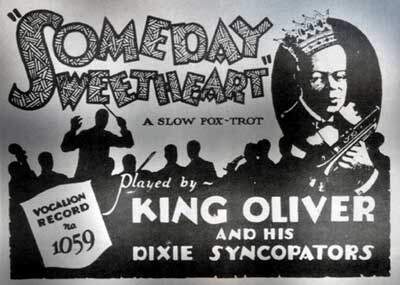 And what was King Oliver thinking when he called his jazz orchestra the Dixie Syncopators? Or Fletcher Henderson when he issued records as by the Dixie Stompers? Could they not have known they were participating in their own oppression?

As is my wont, I threw the question open for discussion on Facebook—at the risk of being kicked off that platform for violating community standards. Several of those who weighed in on the topic are subscribers, and their responses are worth publishing here.

Reader David Limburg offered his take: “It’s complicated. It’s about connotations, such as the fake myth of the happy South where planters and slaves all got along with happy banjo music in the background, or the mushmouth cartoon characters based on minstrel show blackface. Or the notion that music by black people was foreign and therefore queer and funny, not hip or sweet or hot or serious.

“It manifested in demeaning comic ‘chop suey’ songs like ‘Dusky Stevedore’ and ‘exotic funny foreigner’ songs like ‘Ice Cream’ and ‘Borneo.’ (P.S., I like those songs, but the lyrics are pretty racist.) That sort of thing is the foundation of the Styrofoam boaters and red and white striped jackets, and loads the term and reduces the appeal of the music. I imagine I have made exactly zero difference in your opinion on the topic. The only useful thing I suppose I could suggest is that if someone wants to refuse to use the term ‘Dixie,’ it’s no skin off your nose to let them so refuse.”

Subscriber Les Elkins said, “I’ve been in a class in New Orleans where an instructor told us ‘“Dixieland” is what we call it where old white guys play too fast with no soul.’ Still not sure how tongue-in-cheek he was. (Between that and participating in a big second line/tumble through the French Quarter in summer New Orleans heat, I did come to appreciate how slower tempos have their own groove.)

“As far as using the word…I don’t have a problem with the term, but I have to agree there are better words. It seems to be absent from the names and vocabulary of the great younger bands (at least in the US).”

My reply to that comment was, “There’s good Dixie and bad Dixie. Your instructor’s statement is almost as dismissive as when people say ‘I don’t like jazz.’ A lot of groups, good and mediocre, came along in the ’50s to imitate the Dukes (populated by the Assunto family of NOLA), who were enjoying huge success at that time. It wasn’t music for purists, but it was fun and it kept the sound alive.”

Bandleader Glenn Crytzer wrote, “I stopped using ‘Dixieland’ before anyone thought it sounded racist because of its association with the [lousiest] knockoff versions of early jazz. But ask Dan Levinson about a guy threatening to shoot him while busking for using the word ‘Dixieland’ ’cause the guy thought it was racist.” To which Andy Schumm added, “I was on that gig.” 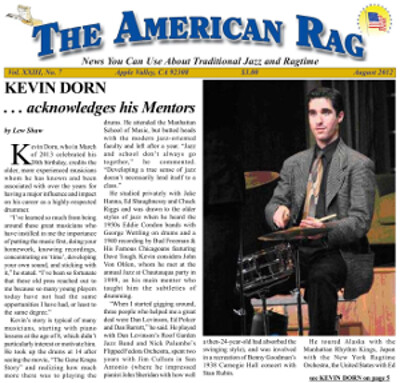 Let me clarify: my own default term is “hot jazz,” but I do rather detest having my language policed, even by those more enlightened and better educated than I.

On the other hand, when I launched The Syncopated Times, I had subscribers we inherited from The American Rag bitterly complain that I didn’t have “Dixieland” in the masthead. (Despite the American Rag using the term Traditional Jazz, not Dixieland in theirs.)

But so far nobody in either camp has threatened to shoot me. Obviously, I’m not trying hard enough.