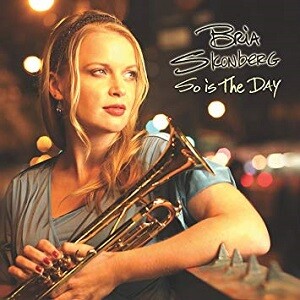 I have the pleasure to review this month three albums from a remarkable talent known to many readers of The Syncopated Times; trumpeter and vocalist Bria Skonberg.

Her 2012 album, So is the Day, I include not only because it is my favorite but so it can also help mark her development since signing with Sony Masterworks on their revived Okeh imprint. With the assistance a big label can provide, she released a very slick self-titled album, Bria, in 2016 and followed it with another, With a Twist, last year.

Skonberg plays a stellar trumpet—crisp, expressive—and she adapts it well to a variety of styles. I’ve heard her play effortlessly sitting in with mixed groups in a trad jazz setting, her 2012 album comes closest to that sound. But even on that album, you can already hear her flirting with the South American influences she favors on her two recent releases. 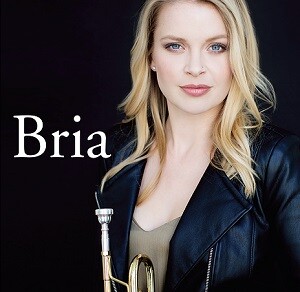 The albums, perhaps understandably, become more lyrically-oriented under Sony. They recognize her potential to break out as a jazz personality. She has a terrific voice over which she shows increasingly effective control, album to album. Noticeably so between the two recent ones, only a year apart.

The downside for the serious fan is we hear less of her playing. So is the Day placed longer cuts front and center, with room for the featured musicians, especially Bria, to demonstrate their talent. The new albums do have longer and more instrumentally-orientated tracks, but they are pushed to the end. The result is that a casual listener (to a jazz radio station lets say) might not realize the great trumpet solos were coming from the same person as the beautiful voice. I recognize the sexism that would be involved in such a mistake, as singing trumpet players aren’t exactly rare, but that’s the world we live in. 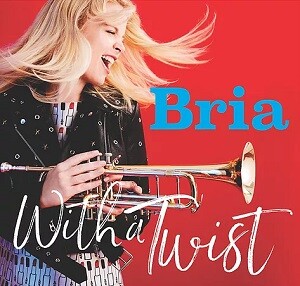 Both albums on the Okeh imprint are fantastic. I was initially going to tip my hat towards the self-titled first effort but after another listen to With a Twist I can’t fairly choose. They differ primarily in song selection. Both have a Latin feel but With a Twist is more fun and upbeat, Bria more coyly collected. If you can track down her earlier, So is the Day, it’s also worth a listen. briaskonberg.com