The term “missing link,” was once used to describe a hypothetical being which, if found, would exhibit traits common to otherwise dissimilar ancestors and descendants. While it has passed out of favor among anthropologists (along with the “Great Chain of Being” theory that inspired it), the concept is still useful for exploring gaps in our knowledge of evolving forms of activity—such as music.

One curious case that lends itself to analysis along these lines is the African-American pianist William Joseph, better known—to the extent he is known at all—as “One-Leg” Willie. Joseph is mentioned in scattered sources, but he is omitted from many others. He is said to have played boogie-woogie, but his name doesn’t appear in the lengthiest consideration of that style, A Left Hand Like God: A History of Boogie-Woogie Piano by Peter Silvester. He is not mentioned in John Chilton’s Who’s Who of Jazz, Leonard Feather’s Encyclopedia of Jazz, or Hugues Panassié and Madeleine Gautier’s extensive discussion of ragtime in their Dictionary of Jazz. Nor does he appear in the chapter titled “Boogie Woogie” by Max Harrison in Nat Hentoff and Albert McCarthy’s Jazz.

Willie the Lion Smith said that he picked up ideas listening to Joseph in “The Jungles,” a West Side neighborhood of New York that pre-dated Harlem as the center of Black life in that city. Joseph was, according to They All Played Ragtime by Rudi Blesh and Harriet Janis, “a little older than” Eubie Blake, born in 1883. Blake called Joseph “the greatest [ragtime] player he ever heard” (while conceding that “Art Tatum was out there by himself”). Blake said that “the only arrangement I ever copied from anybody was One-Leg Willie’s ‘Stars and Stripes Forever.’ He did it in march time, ragtime, and ’16.” The last term is the name by which boogie-woogie was referred to by some in its early days. Blake wasn’t the only pianist who praised Joseph; Willie the Lion Smith said “One-Leg” was the only piano player he’d pay money to watch, and Luckey Roberts “never failed to name him among the all-time greats” according to Blake’s biographer Al Rose.

Joseph was raised in Boston and grew to be six feet tall according to a 1905 account in the New York Sun. He lived with his mother in the home of a wealthy white family, for whom she was housekeeper. He had been an expert skater but had to have a leg amputated after he injured it in a fall at a skating rink, the first of a succession of misfortunes that would cause him to take a jaundiced view of life. Against his mother’s wishes, Willie began to play the piano in the house where they lived; she feared that her employer would be angry if he was discovered using it and throw them out on the street. When the family returned unexpectedly from a trip to Paris while Willie was playing, he accordingly jumped down from the bench as his mother began to apologize. “Don’t stop, keep playing,” the head of the household said to Willie, adding “This boy should be in a conservatory of music” to his mother. The family followed through on their praise by paying Joseph’s tuition to The Boston Conservatory, founded in 1867, one of the first institutions of higher education in music to grant admission to Blacks and women.

Eubie Blake told jazz critic Leonard Feather that Joseph was “the only Negro to graduate from his class,” and in a 1980 interview with pianist Marian McPartland Blake claimed that Joseph completed the four-year course of instruction in two-and-a-half years. According to Blake, at his commencement ceremony Joseph was pitted against four white pianists in a blind competition, with the five contestants hidden in cubicles from seven judges. Joseph played Liszt’s Hungarian Rhapsody no. 2 and was told by the judges that they considered him the best, but couldn’t award him first prize. When Joseph asked why, a judge told him “I’m sorry. I’ll let you judge that.”

While Joseph would lose that competition on account of race, he didn’t give up on European classical music. Blake said he could play anything perfectly, from ragtime to the most difficult concert pieces; he would hire himself out to play at refined social affairs only to be told that his customers wanted something earthier, however. “[W]e’d go to somebody’s house to play, and he’d start something classical” Blake recalled, “and they’d say ‘Come on man, play something boogie.’” Blake said Joseph “got disgusted and changed from classics to ragtime,” and the concert stage’s loss was American music’s gain.

While Joseph was denied the prize at his graduation competition, he would go on to win many others as a professional. In one contest before a crowd of 3,000 at the old Madison Square Garden, Joseph defeated Mike Bernard, the reigning white champion of ragtime, bringing the house down with the version of “The Stars and Stripes Forever” that Eubie Blake would copy. Following his triumph, Joseph put on a pair of boxing gloves and played a piece wearing them that a reporter wrote “fairly made the piano weep,” prompting the master of ceremonies to proclaim him “the champion piano player of the world.” 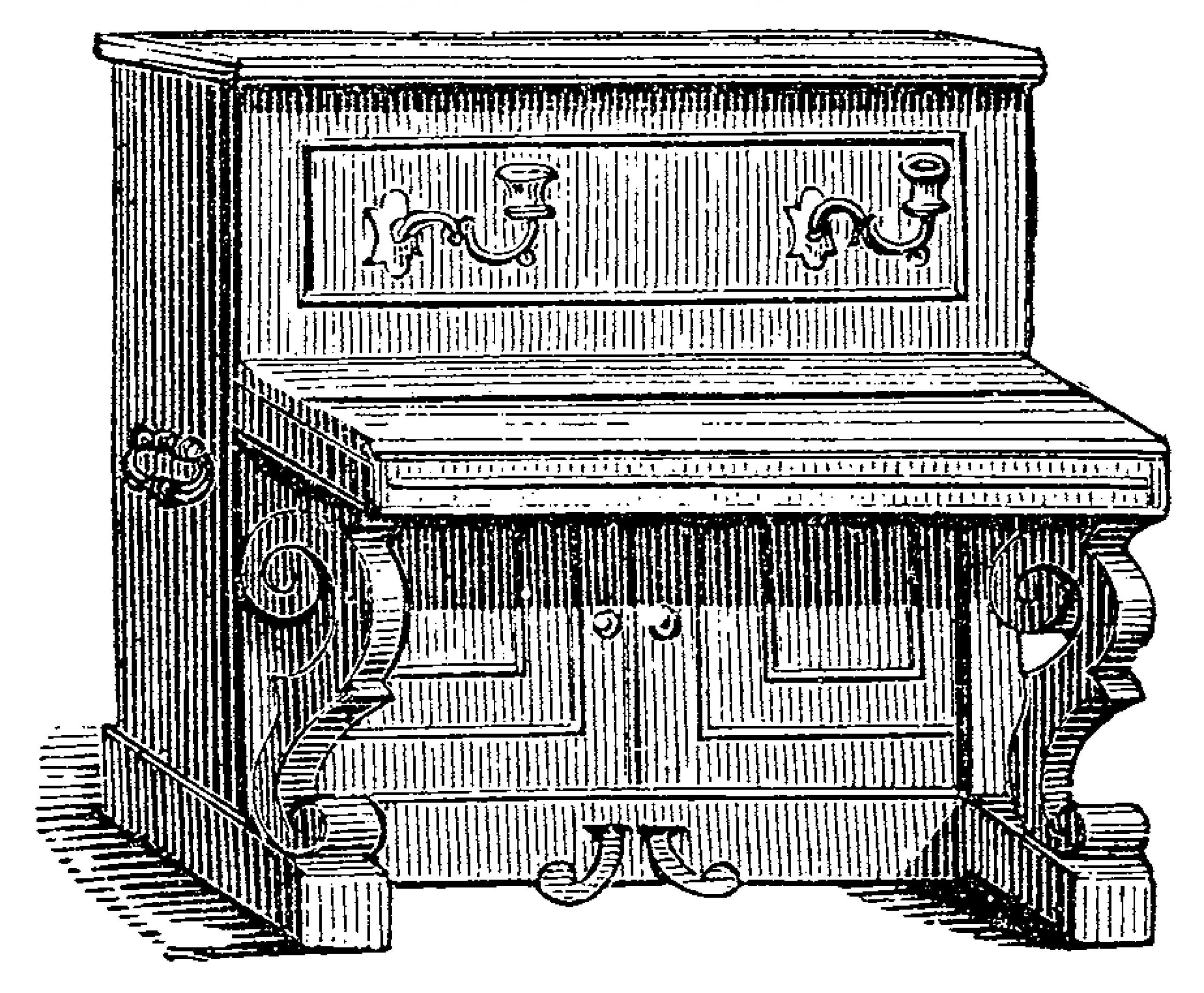 The medals awarded in ragtime contests were golden plaques suspended by chains with the name of the city where the winner had triumphed, and pianists would pin them to their coats in the manner of warriors wearing the scalps of defeated enemies. Joseph’s collection “reached an awe-inspiring length,” according to Blesh and Janis, at least ten in number by one contemporary account, but even that impressive display may have understated his record as he was known to hock his medals when he needed money. Unlike other battling pianists such as Willie the Lion Smith who dressed to impress, Joseph didn’t put the proceeds of his pawn shop loans into new clothes, as he was “famous for his disreputable attire at a time when fancy dressers were the rule.”

Joseph’s style evolved from slow-drag to “the fast shout style” made famous by James P. Johnson, according to Blesh and Janis. He began to use broken bass rhythms in the left hand; as described by jazz historian Alyn Shipton, these were “repetitive left-hand figures in which four-note patterns of quarter notes are repeated in place of the striding, oompah crotchets of ragtime, or the walking bass of boogie-woogie.” You can hear survivals of Joseph’s style in Count Basie vamps, an innovation that Blake said Willie the Lion Smith tried to take credit for. “He thinks I got it from him,” Blake said, “I got it from One-Leg Willie,” who “got tired of swinging his hands” in stride style.

Willie worked for Joe Gans (real name, Joseph Gaines), a Black lightweight boxing champion who built the Goldfield Hotel in Baltimore with his winnings. There he alternated with Eubie Blake for $55 a week, around $1,500 per man in current dollars, then tried his luck in New York, where he was less successful. Blake’s biographer Al Rose said that Joseph’s personality was warped by the cynicism he developed over the course of his life, and that his virtuosity wasn’t enough to overcome this handicap.

Blake last saw Joseph one summer in Atlantic City towards the end of the first decade of the twentieth century. Joseph died embittered somewhere in Virginia, his life cut short by the whisky and narcotics that he turned to in order to salve his unfulfilled ambition and his frustrated pride.

But he spanned three evolutionary eras—ragtime, stride, and boogie-woogie—and his playing provided the connective tissue that brought African-American piano music to the threshold of jazz.

Con Chapman is the author of Rabbit’s Blues: The Life and Music of Johnny Hodges (Oxford University Press), winner of the 2019 Book of the Year Award by Hot Club de France, and the forthcoming Kansas City Jazz: A Little Evil Will Do You Good from Equinox Publishing.