Roots, Radicals and Rockers: How Skiffle Changed The World 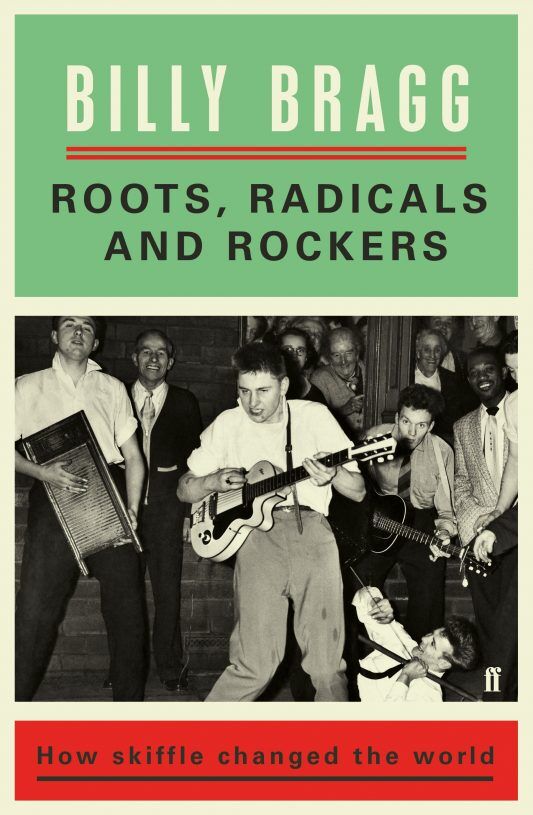 From the fields of Louisiana in the early 1900s to the world of the Beatles, Rolling Stones, and Beach Boys, one musician stands out as a connecting bridge. For a brief moment in the early ’60s he topped the music charts, and his influence has carried on to the present day.

In the early 1950s, Lonnie Donegan was the banjo and guitar player with Ken Colyer’s Jazzmen in Chris Barber’s Trad Jazz band. During intermissions he would play around with two other band members, to provide what he called a “skiffle” break. It was an up-tempo version of early blues and folk songs that had been played on banjos, guitars, home-made strings, and a variety of washboards as well anything for beating out a rhythm. Donegan was particularly influenced by American folk and blues singer Lead Belly.

In July 1954, Donegan recorded “Rock Island Line” supported by Chris Barber and Beryl Bowden. It hit gold on the UK charts and reached number eight in the USA. This recording is cited by various famous musicians as a catalyst for their musical development.

Recently, in a casual conversation with my son-in-law about music, he asked if I had heard of Lonnie Donegan. I said, “Yes, I heard him regularly in the Fifties.” “No way,” was the reply. To him Donegan was the Brit who sang “Rock Island Line.” To me he was Chris Barber’s guitar player.

In the summer of 1951, moving from Ireland to London, I heard live jazz for the first time—Humphrey Lyttleton, Chris Barber, Ken Colyer—all were there. That this was a historic time never entered my head—I just loved the music and the atmosphere of pure joy among my fellow teen-agers. 100 Oxford Street was the main venue but there were others. Little did I know it was the beginning of a revolution that would change music forever.

Researching the story led me to an outstanding book, Roots, Radicals and Rockers: How Skiffle Changed The World written by Billy Bragg. It also changed my whole appreciation of Donegan.

In the book, Bragg tells in detail the incredible story of how Donegan’s success was the launching pad for an entire new era of popular music in England. He illuminates how Skiffle became the expression of a generation of youth, mostly working-class, seeking to express themselves after World War Two.

“If there was no Lead Belly, there would have been no Lonnie Donegan; no Lonnie Donegan, no Beatles” … these are the words of George Harrison explaining how the Blues and Skiffle influenced John Lennon to form the Quarrymen, which morphed into the Beatles.

To understand its impact, in 1954 about 3,000 guitars were sold throughout the UK. The next year, following Donegan’s success with “Rock Island Line,” sales of guitars jumped to an enormous 30,000. Every teenager wanted to play skiffle.

For me the book is absorbing because I was there until 1956. I relate to much of what he writes. It also gives me insights into the whole issue of the Trad Jazz scene (or the lack of it) in the mid ’50s in the USA.

My summer of ’56 was spent in New York. The closest I could find to the Trad Jazz played in London, was at Eddie Condon’s or Jimmy Ryan’s clubs. In September, moving to Florida, even that disappeared from my life and didn’t return until I got to New Orleans in late 1964. In the USA, Trad and folk were not mainstream.

For most Americans the book will have less relevance. The Skiffle craze did not have the same impact in the USA. However, for those wanting to understand the origins of the great British music invasion of the USA that started in the ’60s it is a must. Bragg recounts in detail the clear line of how Lonnie Donegan inspired the young musicians who morphed into bands like the Beatles.

He recounts how, not willing to sit passively waiting to be told what to listen to, this first generation of British teens took the initiative and created a do-it-yourself music that crossed over racial and social barriers. Taking their cue from Donegan they took old folk and blues songs from the American south, mixing them together to create the up-tempo sound called Skiffle, never before heard in the UK. Bragg notes particularly how one of many groups that followed was the Quarrymen, formed by John Lennon in 1956. When Lennon first met Paul McCartney, in March 1957, Donegan’s “Gamblin’ Man” was number one in the UK.

According to Bragg, a cursory look into the many UK bands that made the US charts during the mid-’60s, gives substance to the notion that Skiffle was boot camp for this British Invasion, an influence that lasted into the ’70s. Apart from the Beatles, Donegan’s influence can be found among many members of the most famous groups. The Rolling Stones, The Who, Gerry and The Pacemakers, Led Zeppelin, Pink Floyd, Joe Cocker, the Kinks, and the Hollies are just a few of many leading musicians whose earliest music experience was rooted in Skiffle. Even David Bowie made his debut performance in August 1958 singing several Lonnie Donegan songs. In the USA, Bobby Darin made Donegan’s version of “Rock Island” his debut single.

Lonnie Donegan passed away in 2002. He will always be remembered as “King of Skiffle.” He truly was a “bridge” from trad jazz to the world of rock. Among the tributes I found on Wikipedia, this one sums it up best: “He was the first person we had heard of from Britain to get to the coveted No. 1 in the charts, and we studied his records avidly. We all bought guitars to be in a skiffle group. He was the man.” – Paul McCartney.

Billy Bragg is owed many thanks for meticulously researching and bringing to light the enormous contribution Lonnie Donegan made to the music world.