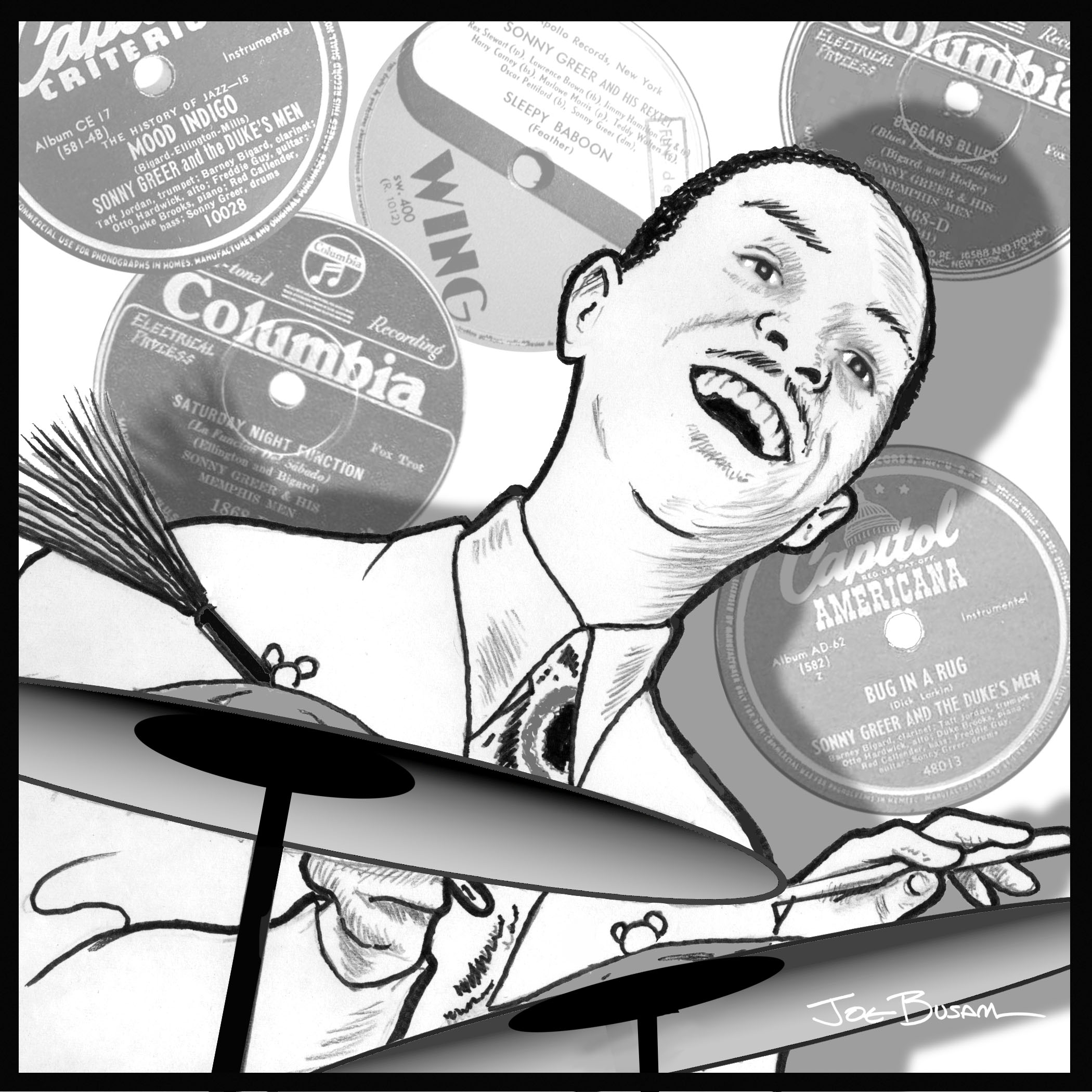 William Alexander “Sonny” Greer was born in Long Branch, New Jersey, on December 13, 1895 (according to most sources).

Sonny Greer met and befriended Edward Kennedy “Duke” Ellington in 1919. When vaudevillian Wilbur Sweatman needed a new drummer in February 1923, Sonny persuaded him to hire Duke Ellington and Otto Hardwicke also. Their association with Sweatman was brief, but they soon thereafter joined a band led by banjoist Elmer Snowden, called the Washingtonians. The band had a solid run in New York City until it was discovered that Snowden was taking too large a cut of the proceeds and he was ousted as leader, with Ellington installed instead.

Greer remained Ellington’s drummer for the next quarter-century. He was known for his showmanship and his elaborate drum kit. Greer appeared on stage behind the orchestra, raised above them and surrounded by a variety of percussion that included chimes, timpani, a panoply of cymbals, tom-toms, snare and bass drums, and a massive gong framing him from the back.

Though a less-than-exemplary timekeeper, Sonny Greer was ideal for Duke Ellington’s Orchestra, adding theatrics and elegance to the rhythm section. “When he heard a ping, he responded with the most apropos pong,” Duke Ellington wrote in Music Is My Mistress. “Any tune he was backing up had the benefit of rhythmic ornamentation that was sometimes unbelievable. And he used to look like a high priest or a king on a throne, ’way up above everybody, with all his gold accessories around him, all there was room for on the stand!”

Sonny Greer, however, was a heavy drinker and was known to be a pool shark (when he needed to get his drums out of pawn), and in 1950 Ellington responded to his alcoholism and occasional unreliability by taking a back-up drummer, Butch Ballard, with them as they toured Scandinavia. Greer was furious, and permanently severed ties with Ellington.

Sonny Greer continued to work freelance, in films, and as a bandleader until he died on March 23, 1982, in New York City.