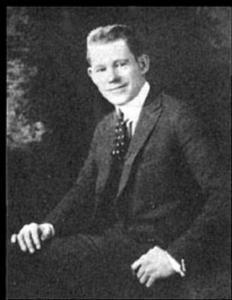 Around 1910 he organized his own band called Brown’s Ragtime Band. In 1915 he took the band North to Chicago making him the first to bring a White Jazz band north from New Orleans.

Brown claimed to be the first to use the word “Jass” to describe the music that was coming out of New Orleans. The legend goes like this: the word “Jass” was some vague slang for sex, and was associated with prostitution. Tom Brown’s band had come North from New Orleans in 1915 and was playing a successful engagement at Lamb’s Cafe (located at Clark and Randolph Streets) against the wishes of the Chicago musician’s union. The term “Jass” was used by the union as a way to denigrate the band. In defiance of the union Brown and the club owner started advertising the band as Brown’s Band From Dixieland .

The union’s insults backfired increasing the popularity of the group and causing the term “Jass” to forever be used to describe the New Orleans style of collective improvisation. Brown’s Dixieland Jass Band consisted of Tom Brown on trombone, his brother Steve on bass, Ray Lopez on cornet, William Lambert on drums, Arnold Loyacano on guitar and Larry Shields on clarinet. The band traveled to New York and had a successful run in 1916, but then broke up.

Brown returned briefly to New Orleans, but booking agents in New York were still contacting him wanting a “Jass” band. He recommended another White New Orleans Jazz band, Stein’s Dixieland Jass Band that was playing in Chicago at the time. Johnny Stein was under contractual obligation in Chicago and couldn’t make it, but the rest of the band decided that this was too good of an offer to pass up and left Stein holding the bag in Chicago.

In New York the group became The Original Dixieland Jass Band, an obvious attempt to associate themselves with Brown’s Band From Dixieland. Brown got another band together and got a gig at New York’s Century Theatre as part of Town Topics revue in 1916 where they were billed as The Five Rubes.

While in New York Tom Brown took part in a number of recording sessions which included the Happy Six, Yerke’s Jazarimba Orchestra, The Kentucky Serenaders and with Ray Miller’s Black and White Melody Boys. Brown couldn’t keep his band together in New York, and returned to Chicago where he led bands and worked as a sideman before he returned to New Orleans and opened a music shop. 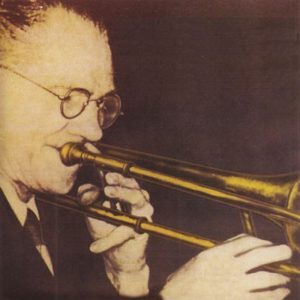 In New Orleans he played with Johnny Bayersdorffer and his Jazzola Novelty Orchestra. He continued to play in a variety of bands in New Orleans for the rest of his life while also running his store. In 1955 and 1958 Brown recorded for the first time under his own name. These sessions are available on CD from GBH records under the name of Tom Brown and his New Orleans Jazz Band.

Read an interview with Tom Brown from the 1950s