Whatever Became of Nostalgia?

As I rocket headlong through my fifties—fifty being an age when one supposedly begins to get all misty-eyed over the lyrics of “September Song”—I find myself almost totally incapable of feeling nostalgia. This would seem to be a strange admission for one who loves the styles and popular culture of the past. The fact that I referred to “September Song” and not “Seasons In The Sun” has everything to do with it.

Strictly speaking, “nostalgia” refers to a wistful longing for one’s own past. With all due respect for certain of my contemporaries who get all weepy over Hogan’s Heroes or The Flintstones, I find very little in pop culture from the past half-century that moves me. I watched as much TV as a child as anyone—more probably. I knew it was lousy then, but I watched it relentlessly. I don’t need to see it again. Ever.

I began to get a sense that all the really fun, interesting stuff happened before I was born. I thought W.C.Fields beat the prunes out of any astronaut or rock star. Snatches of song from old Popeye cartoons lodged themselves in my brain, supplanting the manic caterwauling of the Chipmunks. Cliff Edwards turned up on a Disneyland record, and got me thinking. And not coincidentally, selections from Gilbert and Sullivan enthralled.

It wasn’t long before I discovered that the music that grabbed me was pressed on shellac 35 years before I was born. And it wasn’t the hoked-up, joked-up ersatz razzmatazz of the 1960s. It was heartbreakingly sincere—and joyous. Finding a few records in a camp Victrola revealed a world to me that I still inhabit. At the time, I was quite alone. No one else wanted to hear this music. Even older folks opted for the treacle of Welk over recordings that I considered fresh and new.

What I didn’t realize at the time was that Lawrence Welk was catering to nostalgia—a well-sanitized and airbrushed version of the past that was meant to console people who actually lived through those times. There was a summer TV series in the late 1960s that revisited the 1930s. I rather liked that show, though the depressing aspects of The Depression were deftly removed. Though aimed at oldsters, it was a crumb of the past thrown to one who felt he had totally missed the party.

My interest in the discarded culture of the past meant that Big Band LPs (my father’s nostalgia) would wind up in my hands. I liked Glen Gray and Tommy Dorsey pretty well. Glenn Miller came highly recommended but after an initial period of interest his music didn’t excite me. The RCA set This Is The Big Band Era had its moments but I was particularly drawn to the first selection: “South” recorded in 1928 by Bennie Moten’s Kansas City Orchestra. The liner notes described Moten’s sound as “archaic.” Oh, really?

The thing about Bennie Moten is that he was not nostalgia—at least not for the generation that revered the rather flat wartime swing. With nostalgia you really had to have been there. “A String of Pearls” is evocative if you have the right memories to evoke. But it doesn’t beat with the pulse of life the same way “South” does. (“South,” by the way, stayed in print as a 45 RPM single until 1962—the year I was born. Missed the boat again!)

It must be observed here that “nostalgia” can be actually destructive of the past. This was brought home to me most recently when I found Jean Goldkette‘s 1959 recording Dance Hits of the ’20s in Hi Fi. This was a relatively sincere attempt to re-create the music of the mid-1920s by musicians who had actually been there. And they got it wrong. Play the 1959 version of “My Pretty Girl” and then the 1927 original. The 1959 performance isn’t bad, but it has none of the freshness, wit, and vitality of the first one.

Perhaps part of the reason is that those who remember the past cannot possibly repeat it. How we remember the past—that is, how our memory distorts it—affects everything. Our best shot at recreating the past is if we don’t remember it at all.

What gives me great hope that the older music that I love will live on is the many young performers, scholars, collectors, and enthusiasts who have taken an interest in it. Far from being wistful nostalgia sufferers, the new generation is resolved to get it right. Since the term “nostalgia” is absurd when referring to twenty-somethings who are fascinated with the 1920s, I’ve had to come up with a new word: anachronalgia. 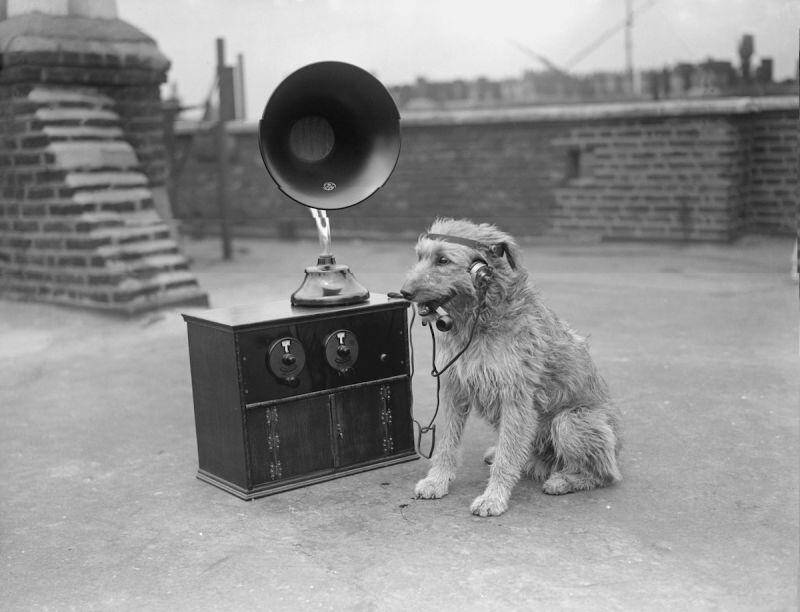 Anachronalgiacs don’t have any illusions about the Good Old Days that they never lived through. They might dress up in flapper or Gatsby gear, but they wouldn’t be without antibiotics, mp3 players, or the internet. They might fantasize about popping back in time to snag a few store-stock Okehs or to digitally record Bix Beiderbecke, but they live happily in the present with a deep appreciation for the styles and sounds of the past. They realize that they can hear much more old music now than ever.

Young musicians and singers perform with incredible skill, spirit, and enthusiasm that make the music of the early twentieth century new again. Vocalists like Molly Ryan and instrumentalists like Andy Schumm rival the best of the 1920s and 1930s. Ragtime pianist Bryan Wright’s Rivermont label offers expertly-remastered reissues as well as presenting marvelous new talent. Baby Soda, Mike Davis and the New Wonders, and Vince Giordano’s Nighthawks keep early jazz and hot dance playing as they were meant to be heard—with deep respect for their history but with the spark of new vitality.

It’s not “archaic” music—just as Beethoven and Chopin aren’t “archaic” when played with passion and sublime musicianship. It’s entered the realm of the Classic—but with due wit and levity. It has a pulse. It is at once ageless, timeless, and contemporary. It sure as heck isn’t nostalgia. Nostalgia is dead. Long live anachronalgia!