Larry “Link” Linkin’s name may not be all that familiar to most jazz fans, but this master clarinetist and retired president of the trade organization NAMM (National Association of Music Merchants), the International Music Products Association, has devoted himself over a colorful 40-year career to the global promotion of music education and music-making advocacy.

Larry Linkin’s parents were not musicians, but they did have an extensive record collection of all the popular tunes of the day. Benny Goodman and Artie Shaw were the two bandleaders that got young Larry’s attention, so the clarinet became his instrument of choice when he started playing in the fifth grade. Maurice Wright, a music teacher in the Burlington, Iowa school system for 40 years, had a tremendous influence on the aspiring musician.

“Link,” as he is known, remembers as a young clarinet student standing in front of the stage at the Memorial Auditorium listening to all the Big Bands and famous musicians who passed through Burlington on their way to Chicago. He also remembers the many evenings he spent playing in Crapo Park as a member of the Burlington Municipal Band.

He had a full scholarship to major in music at the University of Iowa, and later found out that the funds actually came out of the Athletic Department’s budget. It seems that football coach Forest Evashevski wanted a “hot band” when he took the Hawkeyes to the Rose Bowl and subsidized several of the better players in the marching band. Link was also a soloist with the college concert band where he met his wife Peggy, who was a classical singer.

The music taught at Iowa was strictly classical, so to keep his jazz chops, Link devoted his weekends to working local jazz joints. Then it was off to the military where for the next three years he was a member of the NORAD international band which was composed of professional musicians representing the four service branches from the United States and Canada as part of the North American Air Defense Command.

The NORAD band played three Armed Forces Day concerts at Carnegie Hall and made a dozen recordings for Capitol Records that were subsequently played on Mutual Broadcasting System programs. All this experience convinced Link that his future was in the field of music, recalling “When I left the NORAD band, I had a pregnant wife and a pregnant dog, so I figured I better get a job.”

He met Vito Pascucci, who had been associated with Glenn Miller and the U.S. Army Air Force Orchestra and ran a company in Wisconsin that manufactured and repaired wind instruments. Pascucci taught Link a great deal about the music business during the two years he was on the road as the Harold Hill of sales for G. Lelanc Corp. Then it was a year with a conglomerate that handled Gibson guitars and Lowrey organs, but a disagreement with management ended that association.

Link admitted he didn’t know much about trade shows but figured he could learn when he heard that NAMM was looking for someone to plan and develop what has become the world’s largest trade-only event for the music product industry. He was promoted to Vice President in 1973, but in 1977 was recruited to be President of Slingerland/Deagan, a leading drum manufacturer, where over the next three years, annual sales doubled. He rejoined NAMM in 1980 as President/CEO, a position he held until his retirement in 2001.

Founded in 1901, the non-profit NAMM has evolved from a small grass-roots operation into an international association whose members come from 120 countries and include manufacturers, distributors, and affiliates representing 6,000 brands. Today the music products industry is a $17 billion global business.

During Larry Linkin’s 30-year tenure, NAMM membership increased from 1,000 to over 8,000, and attendance at its annual trade show held every January in Anaheim, California, increased from 18,000 to nearly 100,000. An integral part of the show is the 1,500 product exhibits that allow dealers and distributors to see what’s new, negotiate deals and plan their purchasing for the coming year and to meet and hear famous musicians who are on hand to promote the signature models and equipment they have endorsed.

Larry was involved in establishing the Museum of Making Music in Carlsbad, California, which presents the story of how instruments are made, used and sold from the year 1900 to the present time. He spearheaded NAMM’s funding of research that documented the positive relationship between music participation and human intelligence. “We came up with fistfuls of scientific evidence that proved young people who study and perform music do better in math, the sciences and other areas of learning. These students score higher on SAT tests, and their physical coordination is enhanced.” 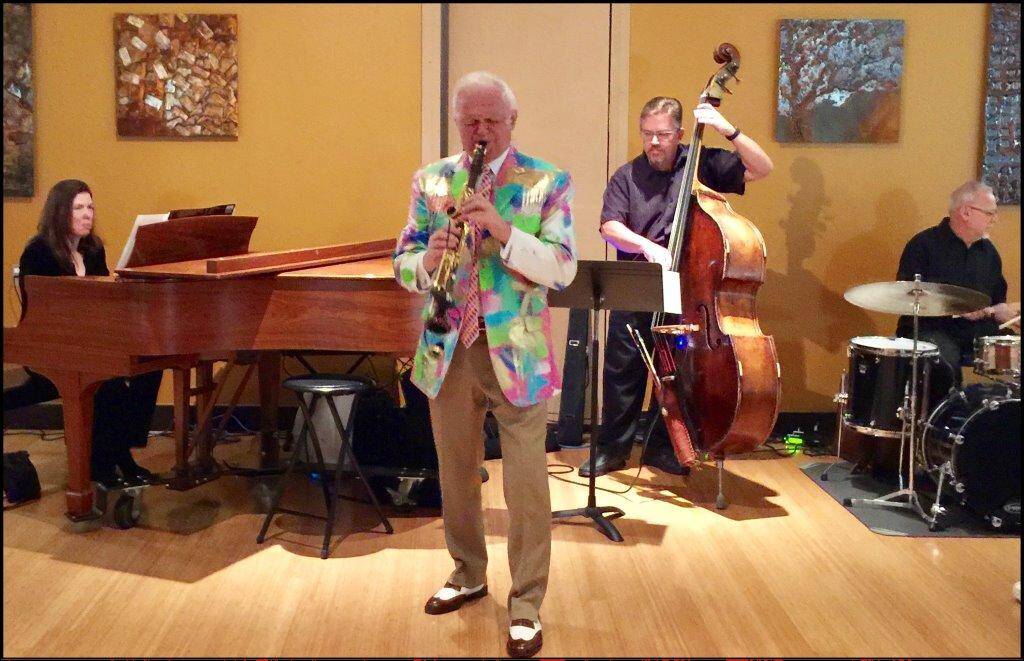 Other music education programs that have had NAMM support are “Save the Music” that puts donated instruments in schools for students who could not otherwise afford them; “Weekend Warriors” that brings former musicians who have gotten away from playing back to performing on an informal basis; and a PBS television show that featured the late Shari Lewis and her puppet, Charlie Horse.

For all his business accomplishments, Larry has not neglected the performing side of music. At the age of 77, he still practices daily, and throughout his life, he has been able to engage audiences playing an incredibly mellow clarinet along with an entertaining stage presence. He has been a featured performer on Holland America Cruise Lines for 19 years, which has taken him around the world four times. He has performed in Las Vegas venues and been a member of the popular variety show, Tap, Swing and Laugh that also featured tap dancer Arthur Duncan and comedian Paul Lennon.

A conversation with Larry Linkin is always entertaining and enlightening as he recounts the people he has met and the experiences he has had over the course of his multifaceted career. He will mention his friendships with notables like Doc Severinsen, Wayne Newton, and Louie Bellson. He will recount how he had to fire Buddy Rich as an endorser of Slingerland drums because of inappropriate conduct at a school clinic and was nearly the recipient of a punch when he informed the irascible drummer of the decision. Or titillating tales from his cruise days and nights like the time an inebriated female passenger started to do a striptease while Larry was playing the gospel tune, “Just a Closer Walk with Thee,” on the bandstand.

When aspiring musicians ask his advice about a career in music, he lays out five key points: (1) the importance of making a total commitment to the profession for at least three to four years; (2) being of stellar character and able to resist the many distractions and temptations that may entice the novice and unsophisticated; (3) demonstrating an ability to promote one’s self; (4) practicing conservative money management as there will be bad financial times as well as good times; and (5) be willing to play all kinds of music.

In his address at the 2001 Berklee College commencement, he stated: “Music and its role in society is changing, and we must change with it. We must focus our vision to help society realize the important positive effect that music has on all age groups. Music, above all other arts, is the universal language of our global community.”

Link is listed in Who’s Who Worldwide and Who’s Who Registry of Global Business Leaders. He has received honorary doctoral degrees from the Berklee College of Music and Duquesne University. It’s obvious that music is more than a business for Larry Linkin and that “music does make a difference.” For him, it’s a way of life!