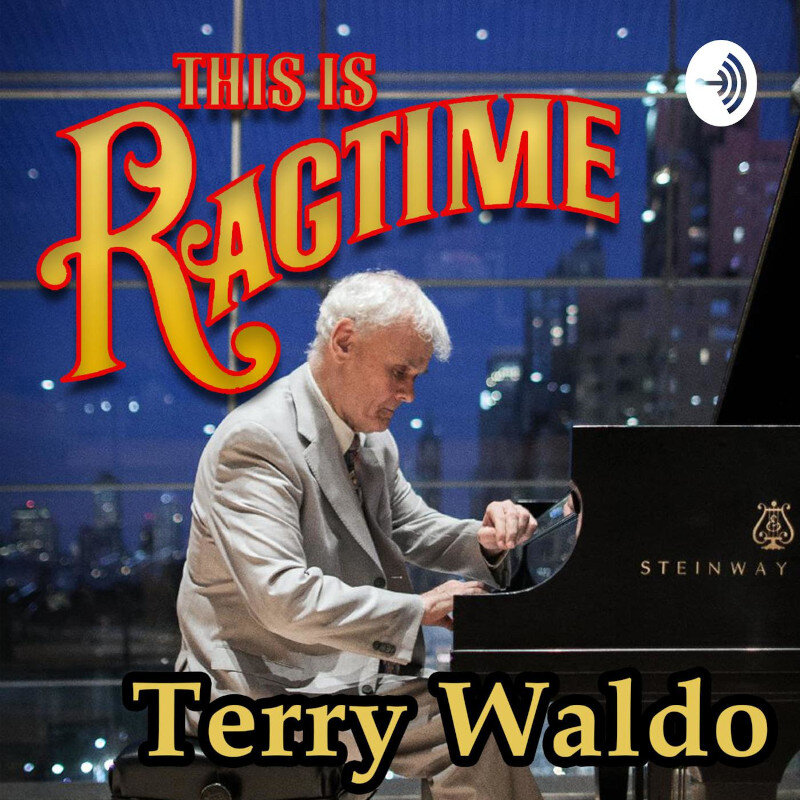 Pianist and noted Ragtime authority Terry (Emerson) Waldo has been diligently at the ivories for over 50 years. Composing, concerting, barroom gigging, doing radio, musical theater and TV work, and recordings galore (more than 65 albums with his own bands); not to mention lecturing and book writing.

Right up until the epidemic he was regularly playing traditional Jazz several nights a week, to the delight of countless New Yorkers and visitor all over Manhattan. Now, however, like everyone in the business, he’s had to find a new platform from which to work his craft and perform his magic. And so, about three months ago, with the support of Turtle Bay Records (a new label intent on becoming a first choice for Traditional Jazz) he launched a free, hour-long Podcast called, “This Is Ragtime.”

The podcast merits attention because Terry (beyond being a fine, unique musician who attracts other excellent musician into his bands, and beyond being the authority among authorities on Ragtime) has had a striking lifetime of performances and musical associations, and he’s sharing it freely and entertainingly on well assembled, downloadable bi-monthly program. “This Is Ragtime” can be found on iTunes and most podcast providers. But it’s much more than Ragtime.

Terry’s a consummate raconteur, a natural educator and as a radio host he’s succinct, candid, almost salty, colorful and he even has the right speaking voice for hosting.

But the program is the thing. It’s divided it into three parts:

Terry then uses the first half of each show to pay tribute to one single featured noted artist with whom he has performed and/or recorded traditional Jazz during his career of over half a century.

The other half of the show are rebroadcasts of an educational series he did for National Public Radio in the ’70s, specifically focused on Ragtime -parsing the styles elements and development and concentrating on a single Ragtime composer for each show.

Naturally the downloads are free, but like all musician with no venues in which to work, there is an invitation to pay what you will. Be assured the delight and discovery will be worth more than your time. These are one-of-a-kind broadcasts by this exceptionally accomplished man with a one-of-a kind musical vision, history and delivery. ”