Around the first half of 1905, Justin Ring and Fred Hager split up, and they spent nearly a decade apart from each other. With such a close pair, it would seem uncharacteristic of them to separate for such an extended period of time. One can begin to wonder what would cause them to suddenly come to hate one another. One reason they split up could possibly be because of a third person in their relationship.

Edgar T. Farran might be a familiar name to some record and sheet music collectors, as he was a very prolific and popular songwriter of the late 1900s and into the WWI era. His name was featured on many record labels as composer throughout the 1910s. So who is this fellow? What was it about him that tore apart the “inseparable companions” that were Ring and Hager?

He was born Edgar Thornton Farran on April 29th, 1879, in New York, to a rather working class Irish family. His mother was a dressmaker named Mary, and his father Nick, was a carpenter. Being the middle child of the family, he did prove himself to be the strangest of the Farran kids. Their family was a musical one, the older boys worked in piano manufacturing, carving beautiful art cases and tuning them.

Edgar was musical as well, but he preferred to join his younger sister Madeline in the dressmaking business with their mother. They all lived a simple Irish family life in the Bronx, so they never could have expected that Edgar’s life would be changed by two men so quickly.

In the middle 1900s, most likely in 1904 or 1905, Edgar landed a job working as a lyric writer for obscure publishers, one of them being the soon-to-be-famous Seminary music company. Seminary music went on to publish several of Scott Joplin’s later pieces such as “Wall Street Rag” and “Solace.”

It was here while working for the publishers that he met a certain someone by the name of Justus Ringleben. Ring was working as a staff arranger for the newly formed Seminary music company, writing many eccentric and detailed syncopated pieces just after he and Hager split up. It is quite possible that Ring met Farran before he split with Hager.

By 1907, Hager was out of recording labs, and into publishing, therefore making him a hot competitor to Ring and Farran’s employer. At this time, Ring and Farran were working together frequenty, writing several songs together. One of these songs has a particularly curious title, called “I Feel, Some Day You’re Coming Back to Me,” written not long after Ring parted with Hager. 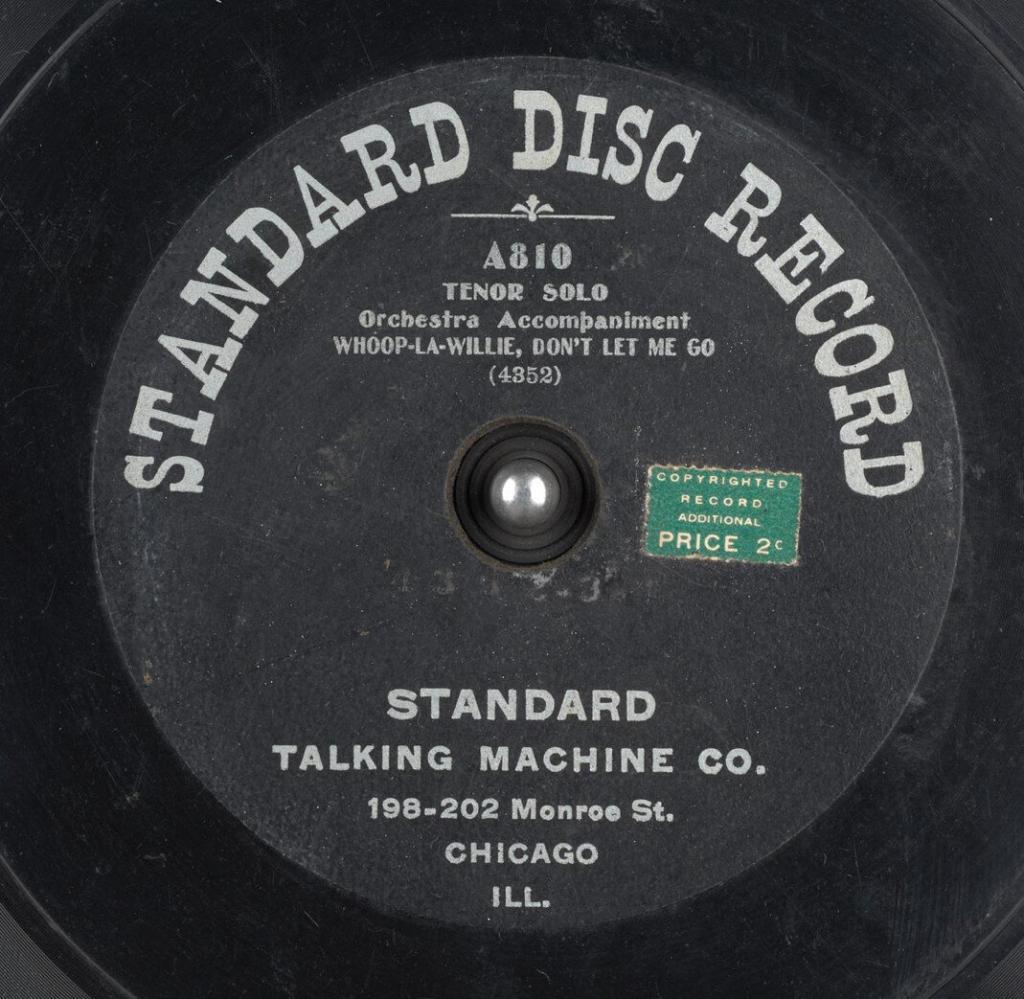 Between 1907 and 1912, Ring and Farran wrote dozens of songs, many of them were popular enough to be recorded, in some cases on more than one record label, one of these “hits” was “Whoop-La-Willie, Don’t Let Me Go,” which was recorded on Columbia in 1910. Another curious title by Ring and Farran is their 1910 piece “When Friendship turns to Love.” Farran also became closely associated with the up-and-coming writer Ted Snyder, who would soon join forces with a young Irving Berlin.

In this period, Ring split from his first wife Alice, and stayed single between about 1906 and 1909, when he remarried. The timing of these marital troubles is curious considering the circumstances. However, Ring decided to spend a few years out of the publishing business, tending to the family he never thought he would have. He wrote barely any music between 1912 and 1916, though he kept writing arrangements for his old friends Eddie King and Charles Prince at Victor and Columbia.

With the war sentiment seeping into the American mindset once again, Fred Hager decided to start cashing in on this trend in 1916. He started writing war related marches, one of them being “American Peace March,” he teamed up with a familiar name, Edgar Farran. By this time, Farran had returned to his family profession of carpentry, but with Hager’s charming encouragement, he was able to ensnare Farran. By the middle of that year, Hager was back to writing the same sort of catchy songs he had been with Ring, but this time with Ring’s old partner.

Hager wrote several songs with Farram that year, and by the end of the year, all three of them were working together. What an awkward reunion that must have been! Hager continued to write songs with Farran, one of them being called “In the Valley of Sunshine and Roses,” a very sappy and rather typical sounding title of Hager’s. Hager was also writing pieces with Ring at this time, but very rarely did the three of them write pieces together.

By the time Ring and Hager were knee deep in Okeh duties, Farran fades away from their activities. By the early 1920s Farran seemed like a distant memory, as Ring and Hager were back together, writing what seemed to be a song every week. But what was it about this Edgar Farran? Was his way with words so unique that all the songwriters dropped to their knees? He came from humble beginnings, and seemed that he couldn’t have been so impressive, yet he added a new level of complexity to the long term relationship between Ring and Hager.

Farran didn’t write any more lyrics after 1920, but he did continue working as a carpenter. By the beginning of the depression he was out of work, living under the influence of his sister’s still-thriving dressmaking business. He lived with his siblings until his death in August of 1943. He never married, and by all accounts appears the black sheep of the family, at least by his attempt at cultivating the music the family possessed.

His charm remains a mystery, as no picture of him has yet been found, though a few of his siblings survive. Based on his draft card of 1918, he seems like a regular old Irish worker of the time, tall, redheaded, blue eyed, and with a somewhat freckled complexion. His elusive charm will continue to baffle us, until some deeper personal writings of his or his close friends surface somewhere—wilder things have happened.