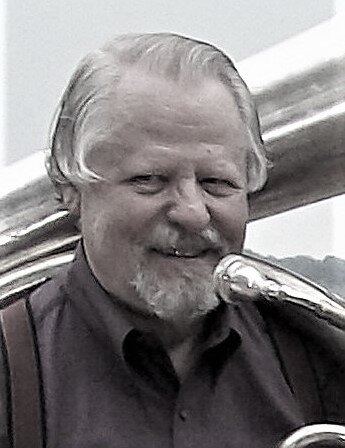 The Walbridges relocated in the early 50’s to the Chicago area from Los Angeles where Mike’s dad, a jazz enthusiast, had been a top Disney artist (“Fantasia”). This move facilitated Mike to explore his own interest in early jazz with like-minded souls. He began his remarkable jazz career with the Chicago Stompers with Kim Cusack and Jim Dapogny, Sundays at the Red Arrow Jazz Club, then 5 nights a week at the Blue Dahlia. He soon caught the attention of jazz legends performing in Chicago, such as Franz Jackson and Ikey Robinson, leading to a long stint with Lil Hardin Armstrong at the Red Arrow.

He made his first recording session with the Albert Nicholas and Art Hodes All Stars. Mike joined the Salty Dogs Jazz Band in Chicago in 1960, beginning a life-long association, briefly interrupted by a tour with Ted Butterman’s Gold Coast Jazz Band, backing comedienne Phyllis Diller. Leaving his 5 nights a week gig with Eddy Davis at Chicago’s Bourbon Street to secure steady day-time employment as a lab technician with Amoco, Mike booked his own Chicago Footwarmers quintet into suburban clubs for runs lasting several decades. Later, he also reorganized the Footwarmers as a 10 piece Hot-20s style orchestra.

In 1969 Mike did a brief stint with the Turk Murphy Jazz Band on trumpet, followed by a full year on tuba at Earthquake McGoon’s. In the early 1970’s, he recorded his own Windy City Wonders highlighted by Bob Schulz on cornet. This led to many recordings and appearances at festivals with the Bob Schulz Frisco Jazz Band. Mike was also a featured guest on Jim Cullum’s Riverwalk broadcasts.

Besides the extensive catalog of Salty Dogs recordings, his other recording credits include Terry Waldo’s Gutbucket Syncopators, The West End Jazz Band and sessions led by Ernie Carson, Ted des Plantes, Hal Smith, Pam Pamijier and Bob Helm. Many of these sessions are still available on Stomp Off, GHB, or Rivermont labels.

As Mike’s health declined, he summoned the energy to perform with the Salty Dogs for the Illiana Jazz Club of Traditional Jazz September concert and a Halloween party with the Red Rose Ragtime Jazz Band. His legacy is firmly established as a foremost statesman of the traditional jazz revival era and a gentle soul. Truly one of a kind. 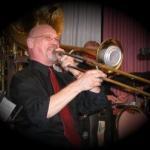