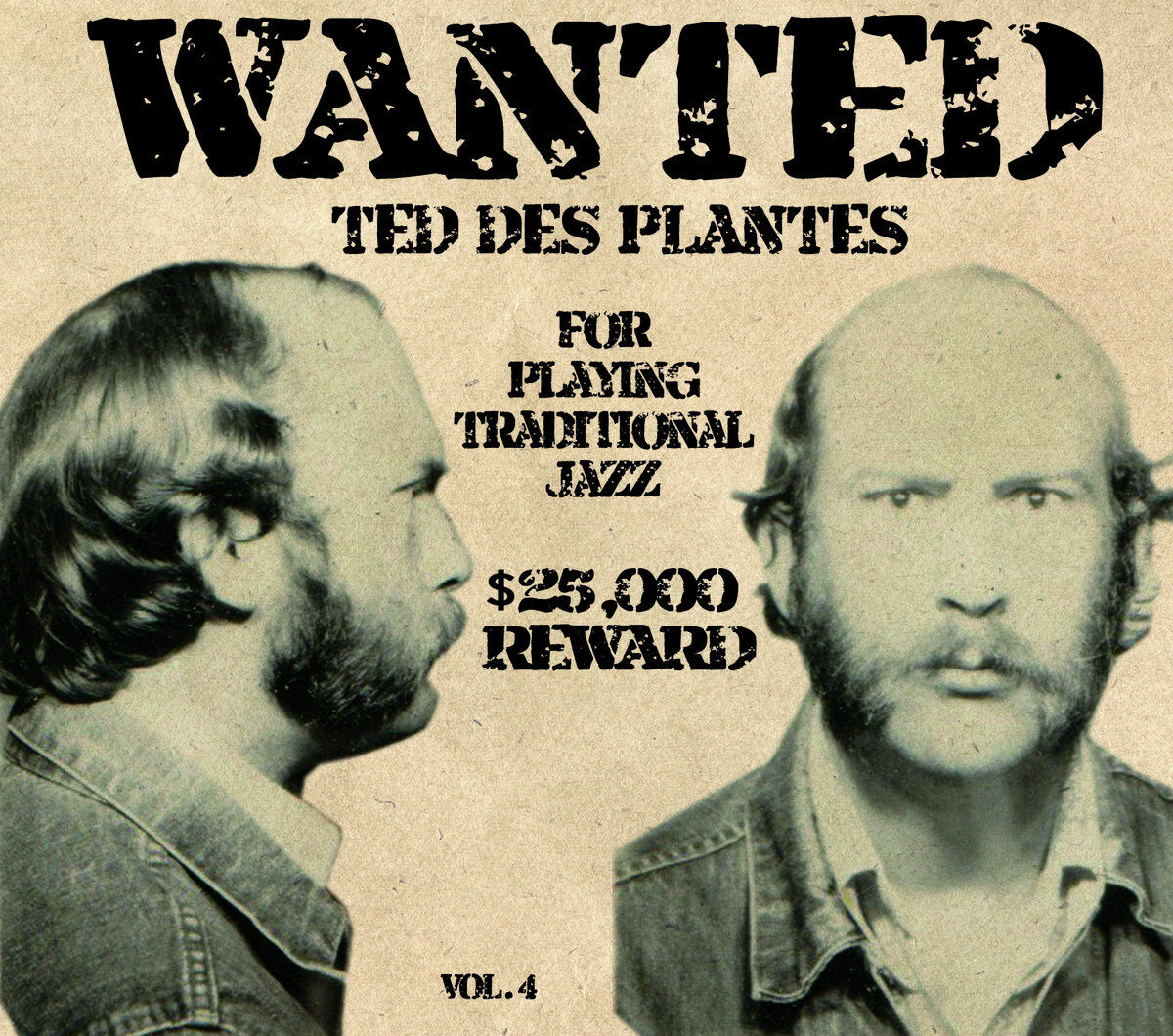 I wasn’t going to review Ted des Plantes’ latest because I’d already covered several of his releases and thought I’d give our other reviewers a crack at it. I ripped it to my computer mindlessly and a few minutes later my ears perked up, “what hot young band is this?” The sound was familiar to me as a somewhat gothic art style that emerges when alt country bands take a hot jazz turn, right down to the “too silly” vocal. It was exactly the thing I was going for in the decade or so before I began working for this paper, back to my days in New Orleans.

But this wasn’t a group from 2021, or 2005, it wasn’t Squirrel Nut Zippers or whatever the kids are listening to now, it was Hal Smith’s Down Home Jazz Band, from 1974! Yes that Hal Smith, young as he must have been, joined by Everett Farey, Bob Mielke, Larry Wright, Robbie Rhodes, Vince Saunders, and of course Ted des Plantes. Those old guys can cook!

A few years ago Ted des Plantes launched  the TdP label to release  CDs of Stomp Off! LPs that were no longer in circulation and great tape he had collected during a long career. This is the fourth, and final, career retrospective album Ted des Plantes is releasing, and as with the three previous the tracks are presented chronologically. The first two came with the initial launch of his label, one covering his early career into the 1980s, and the second covering “From Then Till Now”. A third followed covering 1974-2020, and this one does the same, all the way to 2021. It makes each album its own separate, and interesting, ride through time.

Vol. 4 opens with two cuts from Hal Smith’s Down Home Jazz Band, the one that so caught me off guard, and another with an excellent straight vocal from a young Hal. Also included are Don Kinch’s Conductors Ragtime Band, Chicago Rhythm with Butch Thompson, two cuts with Jim Cullum‘s Band (with Ted subbing for the late John Sheridan), one of them highlighting Allen Vache wo was with the Cullum band at the time, and David Greer’s Classic Jazz Stompers. Several tracks feature des Plantes as a solo pianist, in a duo, or on the last Covid era cut, a multi track of him on all instruments. Ted organized band’s for several of Cincinnati’s riverboat fests in the early 90s and two of those groups are featured here, including names like Chris Tyle, Frank Powers, John Gill, Leon Oakley, Charlie Bornemann, and again Hal Smith.

The Cullum tracks, from 1982, are particularly hot, and the audience lets you know it. As someone who is mostly familiar with Allan Vache from his more recent Arbors releases this wild side of him was eye opening. The Riverboat Festival bands amaze as unrehearsed all pro groups playing familiar standards like “Wild Man Blues”. The ’92 version with Tyle and Powers is risking a speeding ticket, the ’95 Oakley-Bornemann group goes low, slow, and deep in the groove.

The target audience for this series is probably people who were there, those fortunate folks above 70 who witnessed the age of ubiquitous hot jazz festivals and local dives where the band really knew how to tear it up. They will remember seeing some of these names that are no longer with us and for them these sounds will be like coming home. But I suggest these releases to the younger audience as well. People in their 40s and younger who might have some kookie ideas about the music of this era being flat, it was anything but.