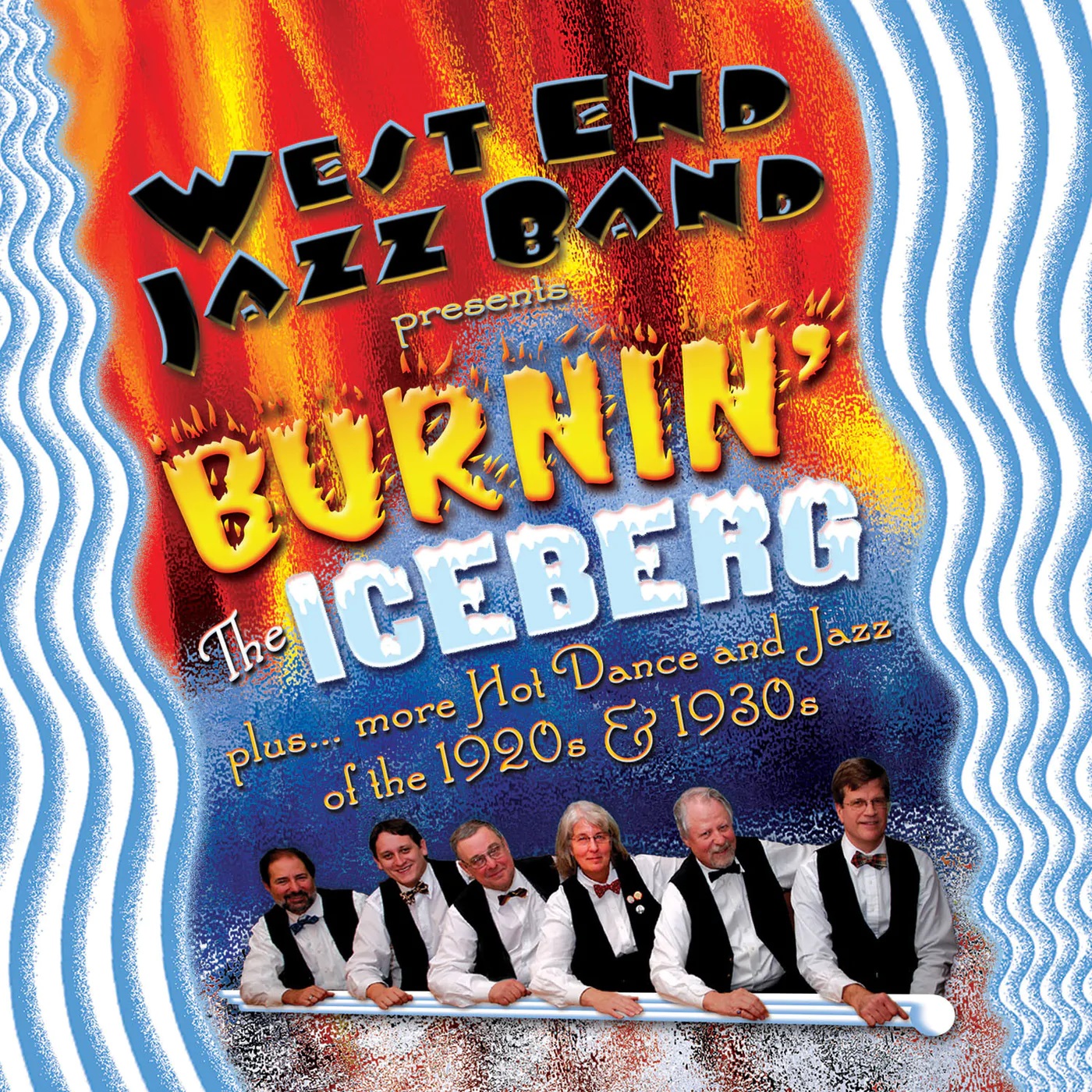 In the Windy City, long before the Chicago Cellar Boys, before the Fat Babies, there was the West End Jazz Band. It was formed by cornetist Mike Bezin over 30 years before this CD was released, according to booklet writer Bryan S. Wright.

The West End JB was the first to specialize almost exclusively in 1920s material, but also to often utilize the arrangements from the original 1920s 78s on which it appeared. This resulted in a very large repertoire that included lots of “hot dance” and novelty songs as well as jazz and blues. The music often featured vocals by banjoist Leah Bezin (Mike’s wife, often billed as Leah LaBrea), reedman John Otto, trombonist Frank Gualtieri, and many by Mike Bezin himself.

To maintain the quality of their music, mastery of their large, complicated repertoire required constant rehearsal even as the band members read each arrangement from the music stands in front of them. This was not an improvisional jam-session band. As this writer observed first hand, Bezin was a perfectionist. Most effective bandleaders who maintain a high standard have this trait in common. With the West End JB he was successful.

This particular album, released in 2011, is the bands’ twelfth, but it features the Chicago band debut of the phenomenally talented Andy Schumm. Although ostensibly utilized as its drummer, he is heard throughout the CD on cornet, clarinet, and saxophone through the magic of recorded overdubbing. Taking a few cornet solos, he can also be heard doubling with Bezin to create a shouting brass section. Shortly after this, he would move on to the Fat Babies where, although not its leader, he would become that bands’ anchor. After that would come his leadership of the Chicago Cellar Boys, guest appearances in Europe, and performing with several recording bands.

Not that Andy Schumm is this album’s only good soloist. Mike Bezin on cornet and trombone frequently has his welcome say as well as John Otto (who would follow Schumm to the other bands) on clarinet and alto sax. The late and truly great tubist Mike Walbridge has his moments, while Leah’s strong rhythm banjo (as well as Mike’s fine arranging) makes one forget that this band has no piano—even on tunes such as Cliff Jackson’s “Torrid Rhythm” where the original version featured a prominent piano solo. Trombonist Frank Gualtieri is a good reader and an effective soloist. Incidentally, although not heard here, Mike Bezin was also a first rate tuba player.

Of the novelty vocals, the most amusing comes from Leah’s performance of a rather horrifying song originally done in 1925 by Aileen Stanley called “No Man’s Mamma” that extols the wonders of divorce since men are no good. Other novelty ditties include “Every Night I Bring Her Frankfurter Sandwiches” and “All I Want Is ’little Ootsie Oo.”

The “Hot Dance” arrangements draw from the recordings of well known bands such as Paul Whiteman and Ben Bernie as well as very obscure groups led by forgotten people such as Harold Austin. Although all the performances are well done, the hottest of several jazz pieces is this album’s title tune “Burnin’ The Iceberg” that, unlike the rest of the album done in a studio, was played “live” at the Coon Sanders Nighthawks Fans’ Bash in Huntington, WV, on May 15, 2010, and recorded by some guy in the audience named Andy Senior, who gave his bootleg to the album’s producer.

The West End Jazz Band went on for a time after this album was produced, but as this writer was told, Mike Bezin just got tired of the strain of leading and after so many years dissolved the band. It was a good band for the long time it lasted. Although this CD, one of their best, was originally released in 2011, it’s still readily available through Rivermont Records, Rivermont BSW-2216—check the website for price and ordering details.