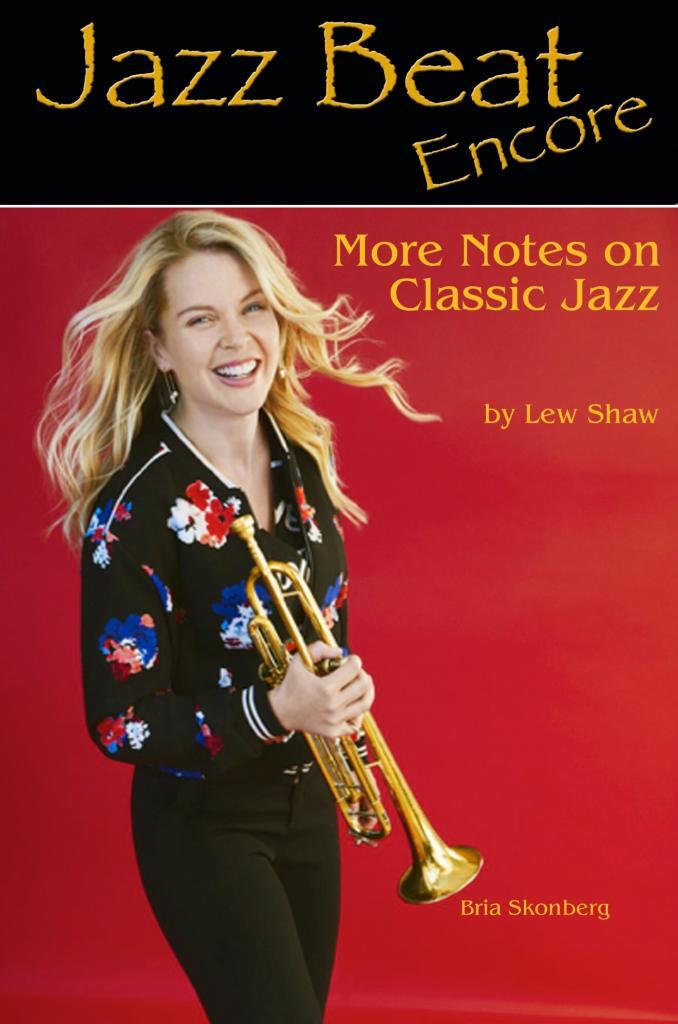 Lew Shaw is a multi-faceted writer, having a dual career as both sports and jazz writer who lives in Scottsdale, AZ. Our paths crossed when we were both active in The American Federation of Jazz Societies and both had served as president of that organization. He was an organizer and served as president of the Arizona Classic Jazz Society in Phoenix.

Each column features a jazz musician, or group, along with a photograph and occupies about four pages. Most of the artists are American born but also feature clarinetist-bandleader Adrian Cunningham of Australia and pianist Paolo Alderighi, a native of Milan, Italy.

This book, as well as Shaw’s previous one, will grace the shelves of our Jazz Room at the downtown West Florida Public Library. It awaits your reading. The book, of course, is available at Amazon and other booksellers.