This new feature in TST will bring longtime friends and jazz musicians Jeff Barnhart and Hal Smith together for the first time in print. They have enjoyed a long association in various onstage incarnations and have had an ongoing dialogue about the evolution of jazz, its times and its practitioners over the years. They are thrilled to bring some of these discussions to light in this new monthly column. In it, Hal and Jeff will cover a kaleidoscopic array of jazz topics, from in-depth explorations of pioneering individuals and styles to the larger ebbs and flows of classic jazz throughout the ages, up to the present and (hoped-for) future.

“Ain’t’cha Got Music?” was composed in 1932 by James P. Johnson, for the musical Harlem Hotcha. The best known recording of the song was made by Henry “Red” Allen, Coleman Hawkins and their Orchestra in 1933. Johnson did not record his own composition until 1947. 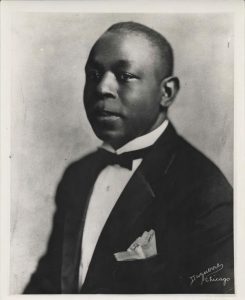 Hal Smith: Jeff, since I suggested Johnny Dodds as the subject for our second column in The Syncopated Times, I would like to select the 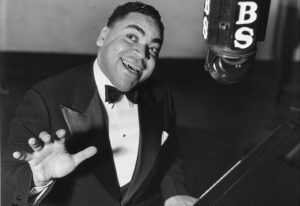 Jeff Barnhart is an in-demand solo performer, sideman, bandleader and festival musical director with a well-deserved, international fan base. Besides sharing a bandstand with this