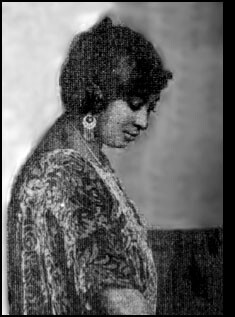 I can’t remember when I first sat at a piano; possibly not long after I could sit up at all. It would be at my Aunty Mary’s house, near where I grew up in suburban Liverpool, as there was a nice old upright there. There’s some shaky old camcorder footage of me plunking those keys with pudgy little fingers, delighting at the twangy tone it produced. Fast forward five years and my Uncle Joe introduced me to rock ‘n’ roll, through dusty old cassette tapes he kept in a big, leather-bound box. Chuck Berry and Little Richard were his favorites, but mine was always Jerry Lee Lewis. There was something about those rollicking, rockin’ 88s which grabbed me by ears and shook me.

From age seven I took piano lessons, in the hope of emulating my new heroes: Fats Domino, Albert Ammons, Art Tatum, Pete Johnson, Jelly Roll Morton, and the rest. At that tender age, nothing about this list seemed odd. Looking back, it’s uncomfortably clear: not a single woman amongst them. Somewhere, I formed the idea that women just didn’t play piano how I liked it played.

Now I’m older and somewhat wiser; I’m aware of Nina Simone, Hazel Scott, Mary Lou Williams, Doña Oxford, and more. But I’m always surprised (and a little embarrassed) on discovering another lady jazz pianist, to realize just how many escaped my notice for so long. However, many such women have sunk from the dizzying heights of the fame they achieved in life to leave barely a trace of a line in the history books.

Take Lovie Austin, a peer (in age and in skill) of jazz kingmaker Lil Hardin Armstrong (who traded her fame for her Louis’). Williams once called Austin “a fabulous woman and a fabulous musician,” adding: “She was a greater talent than many of the men of this period. My entire concept was based on the few times I was around Lovie Austin.” No mere pianist, jazz critic Scott Yanow calls Austin “one of the first important female bandleaders in jazz [who] deserves to be much better known.”

Austin was born Cora Calhoun, in Chattanooga, Tennessee in 1887. Little is known about her mother but her father, one Prof Calhoun, was “a great musician, and teacher in New York,” she is recorded as saying. Calhoun was raised in the South by her grandmother (who called her Lovie) and was childhood friends with Bessie Smith. She later told historian William Russell that the pair would sneak out together and watch Ma Rainey perform. (Calhoun would later work with her idol, as bandleader and pianist on her first eight recordings.) 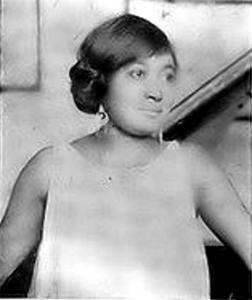 Calhoun trained in music at all-black Roger Williams College, until it burned down, then at Knoxville College. But rather than becoming a music teacher, she (like classically-trained contemporary Hardin) was drawn to vaudeville. From 1912, like many contemporaries, Calhoun (now Austin, after marrying a fellow vaudevillian) toured these vaudeville venues on the black-friendly Theater Owners’ Booking Association (TOBA) circuit.

In Pittsburgh, the young Williams (who taught herself piano, aged three) was in awe of Austin. “When I was between 8 or 10 years of age [1918 or 1920],” she told Robert Gottlieb in 1989, “there was a TOBA theatre in Pittsburgh where all black entertainers came. I remember seeing this great woman sitting in the pit and conducting a group of five or six men, her legs crossed, a cigarette in her mouth, playing the show with her left hand and writing music with her right. Wow! I never forgot this episode.”

Indeed, Austin showed ample talent for composition and arrangement. Her songs “Any Woman’s Blues”, “Bleeding Hearted Blues”, “Chicago Bound Blues”, and “Down Hearted Blues” were all recorded by Bessie Smith in 1923, with the last selling 780,000 copies in six months. The multi-talented musician even directed her own shows, including Sunflower Girls and Lovie Austin’s Revue, which enjoyed a long run at New York’s famous Club Alabam. But, tired of touring and the poor conditions offered to black performers, she settled during the 1920s in Chicago—a haven for thousands of New Orleans jazz musicians, seeking new audiences after that city’s Storyville district was closed in 1917.

Here, Austin established herself as the equal of Hardin and Earl Hines. The hard-working pianist would serve for 25 years as musical director and bandleader at the city’s Monogram Theater; an important venue, nonetheless described by Ethel Waters as a “rinky-dink dump… like one of those old-time slave ships.” In this lowly environment, Austin’s formal training was in great demand. With the blues booming in popularity, Paramount record producer Mayo Williams hired her to scout rising stars, nurture their skills and transcribe their music for sale. (Jelly Roll Morton was one artist whose compositions reached paper via Austin.) 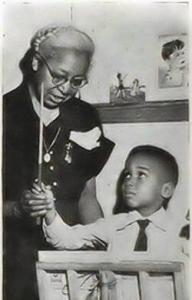 Always ladylike (except when cruising the South Side in a leopard skin-upholstered Stutz Bearcat car), Austin had nonetheless developed a thumpingly masculine piano style well-suited to the blues. This infectious energy brought success as house pianist for Paramount Records and leader of session band The Blues Serenaders. The group featured rising stars who would outshine her in history books—the likes of Kid Ory, Albert Wynn, Jimmie Noone, and Johnny Dodds—and would back many contemporary blues greats in their genre-defining records; Ma Rainey, Ida Cox, Alberta Hunter, and Ethel Waters amongst them.

When few musicians were well-compensated for their own songs, Austin helped contemporaries like Hunter to win copyright protection. But she had less luck securing what she was due; in 1950 she told Down Beat magazine that her royalty cheques stopped arriving after the death of Paramount’s owner, with his successor selling on the rights to her music. She moved from the Monogram to the Gem, then the Joyland Theater, but her career slowed when swing replaced blues as America’s favorite music. Austin continued touring with The Blues Serenaders, but the music market slumped with the Great Depression; even Bessie Smith was dropped by Columbia in 1931.

After World War Two (when she worked as a security inspector at a naval munitions plant), Austin settled for work as a dance school pianist. A revival came in 1961, when she recorded one more album with lifelong friend Hunter. (Fortunate, as she is difficult to hear on her early recordings.) Retiring the following year, she died in Chicago on July 10, 1972. Hunter would remember her as “a wonderful woman [who] tried to help everybody she could.”

Shame on me, then, for having never heard of this towering giant of blues piano. Or is it shame on everyone, for ignoring Hunter’s plea (to blues writer Linda Dahl) that it “never forget Lovie Austin,” who “wrote and played a mess of blues”?

In his 2008 paper With Lovie and Lil, Jeffrey Taylor suggests another reason for Austin’s drift into obscurity, relative to her male (or even female) peers. Piano accompaniment is less valued by historians now than by musicians then, he says, who needed classically-trained players to back them up with the “right” harmonies. While the piano was always unisex, accompaniment was considered a more feminine way of playing than soloing. Thus, many bands had lady pianists; although few contributed as much to music as Austin.

Unlike some of the women who followed (including Williams and Scott), Austin toed these gender lines; despite a robust playing style, she was always careful to remain in the background, letting her soloists shine. “She is an entire band unto herself,” wrote Taylor. “Yet, she never obliterates the featured soloists with technical artifice, as did many other pianists of the time.”

Austin didn’t seek the spotlight so it didn’t find her, Taylor says. She was the perfect sidewoman, despite being a pioneering bandleader and penning some of the blues’ biggest hits. She deserves a marble bust in the pantheon of history’s great pianists, yet gets barely a mention in the jazz canon. President Harry S Truman said that “men make history and not the other way around.” He was partly right; women have made plenty of history too, including at the piano. Like Mary Lou Williams, I’ll certainly picture Lovie Austin next time I tickle those ivories and remember my heroes.