The Piano Music Of Dick Hyman performed by Steven Harlos 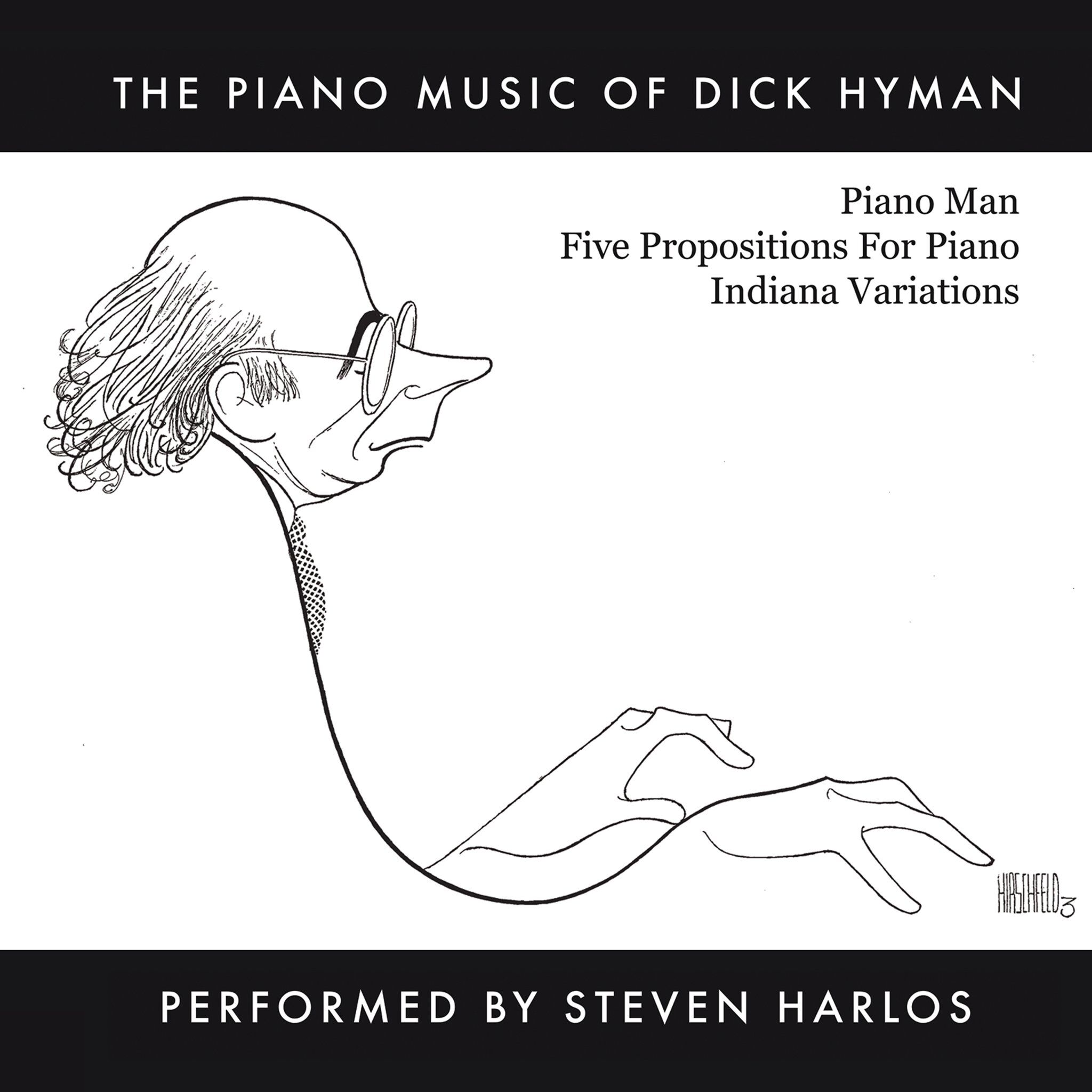 This is a most unusual album for Dick Hyman because the great pianist does not play a note. Instead, three of his works are interpreted by Steven Harlos, a brilliant classical pianist who also plays jazz.

Included is “Five Propositions” (eight short pieces that are related in a story), “Indiana Variations” (a straight melody reading of “Indiana” followed by 13 often well-disguised variations including tributes to Bix Beiderbecke and Thelonious Monk), and “Piano Man.” The latter, which lasts nearly 32 minutes, is the main reason to acquire this CD.

In addition to having his own style and being able to sound more than credible in a wide variety of idioms, Dick Hyman has long had the rare ability of being to emulate a large assortment of top jazz pianists. “Piano Man,” which is mostly performed continuously has 24 different sections including Hyman’s musical impressions of Scott Joplin, James P. Johnson, Jelly Roll Morton, Duke Ellington, Willie “The Lion” Smith, five great boogie-woogie pianists, Fats Waller, Teddy Wilson, Count Basie, Earl Hines, George Shearing, Art Tatum, Oscar Peterson, Dave Brubeck, Erroll Garner, McCoy Tyner, and Bill Evans before concluding with a return to Joplin.