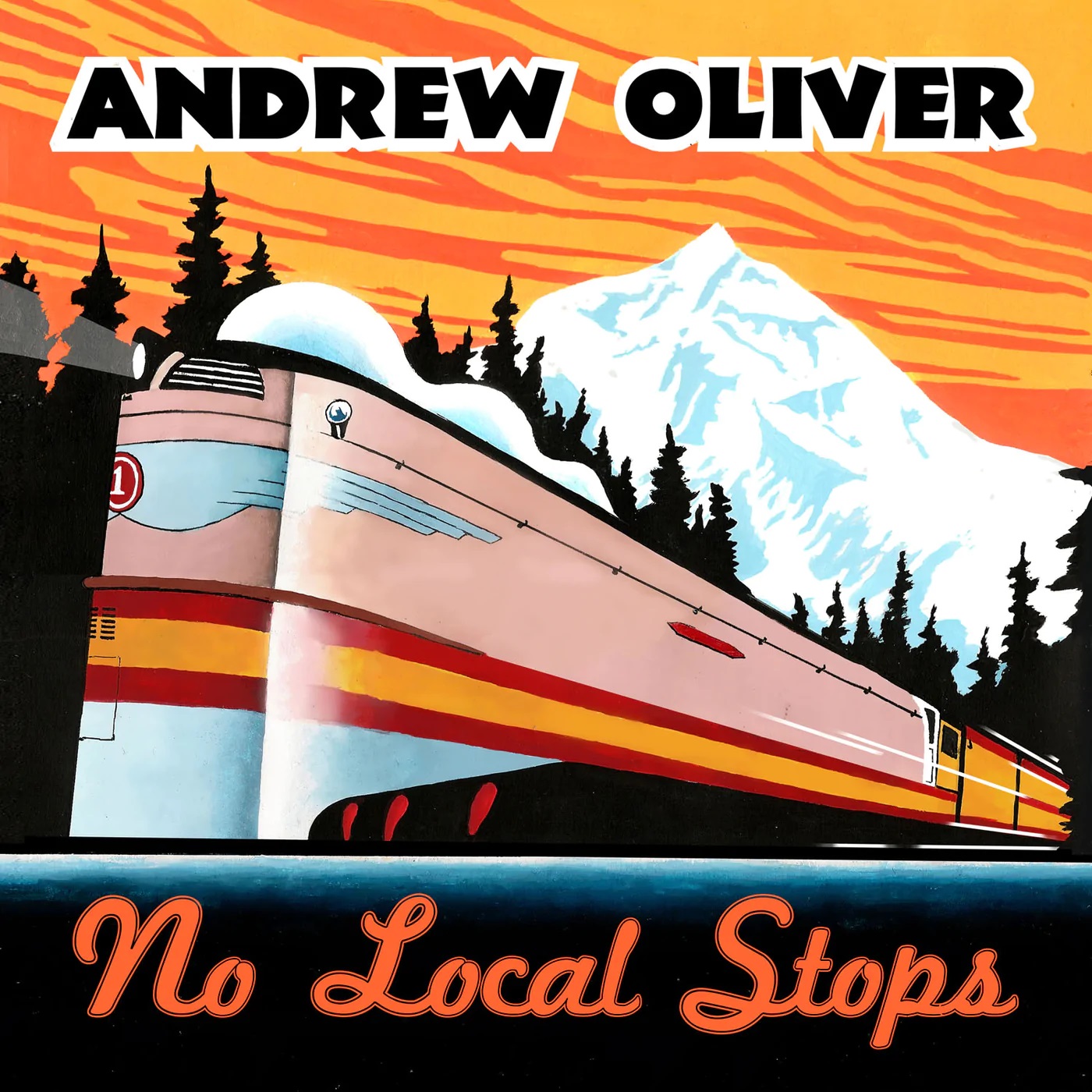 Andrew Oliver may very well be the finest traditional jazz pianist in the world that you have never heard of. Although an American by birth, he’s lived and performed in London, England since 2013 without recording much for European or American labels.

This writer, having heard his only other appearance on an American label as the creative and swinging band pianist with Andy Schumm’s Sink-O-Pators, let curiosity win out when he saw that Oliver had created this solo album of ragtime and early jazz material, certainly different from his prior recorded appearance. It turned out that this is a winner. Oliver is personally creative to various degrees from selection to selection, but is always respectful to the original composers’ intentions and, in all cases where the creator was a pianist, to the style of the composer.

This album’s title selection is a railroad train composition by Willie “The Lion” Smith replete with powerful locomotive momentum, but also the Lion’s personal harmonies and licks. The least creative performances of the selections here are the two Joseph Lamb tunes, “Ethiopia Rag” and “Cottontail Rag” which are played as written. An interesting thing about these is that they were composed fifty years apart, in 1909 and 1959. The quality of these cements Lamb’s place as one of the top three ragtime composers along with Scott Joplin and James Scott.

The most personally creative interpretations heard here are Oliver’s performances of Jelly Roll Morton’s “The Pearls” and the standard “Someday Sweetheart” which Morton was rumored to have a hand in creating. While maintaining Morton’s performing spirit in these selections, Oliver’s own ideas and impressive technique make them truly interesting and fresh, worthy of several listenings.

Oliver explores the “Spanish Tinge” facet of Morton’s ouvre warmly and winningly with “Creepy Feeling” and “Mamanita.” He also performs his original piece “The Aether,” a South American flavored composition that reveals his non-jazz musical interest, which is Latin music.

A contrast to Melrose’s simple directness is Arthur Schutt’s dazzling technique, also performed expertly by Andrew Oliver on Schutt’s “Piano Puzzle.” While “Sphinx” was heard long ago only as a band piece by the Original Dixieland Jazz Band, Oliver interprets it as Jelly Roll Morton at the piano might have.

Despite his expertise with a myriad of early jazz styles and impressive technique, Oliver seems to have been particularly influenced by Jelly Roll Morton. Morton’s compositions appear six times on this album, but one might notice on the two James P. Johnson stride pieces heard here, “You Don’t Understand” and “Carolina Shout,” that Oliver’s left hand patterns hew closer to Morton’s “root and fifth” (pardon the pianistic term) than Johnson’s broader, moving bass lines stride approach. Also, disappointingly, Seger Ellis’s “Sentimental Blues” interpretation seems to suffer from a lack of inspiration. It seems clumpy and lackluster when compared to the other outstanding performances heard here.

Finally, enclosed as a bonus novelty addition on this pristinely recorded collection is the sixth Jelly Roll Morton tune, “Bert Williams,” recorded directly to a primitive 78 rpm master. The loud surface noise and overall poor fidelity make this performance hard to listen to, however it does give today’s listener a clue of what it must have been like for a record listener at the beginning of the 20th century.

Without being absolute perfection beginning to end, this CD by Andrew Oliver reveals an outstanding talent that should be heard. He involves the listener. Unlike many other players with great technique but mechanical, unjazzy feeling, he conveys great warmth along with his expertise.