One Step to Chicago: The Legacy of Frank Teschemacher and the Austin High Gang 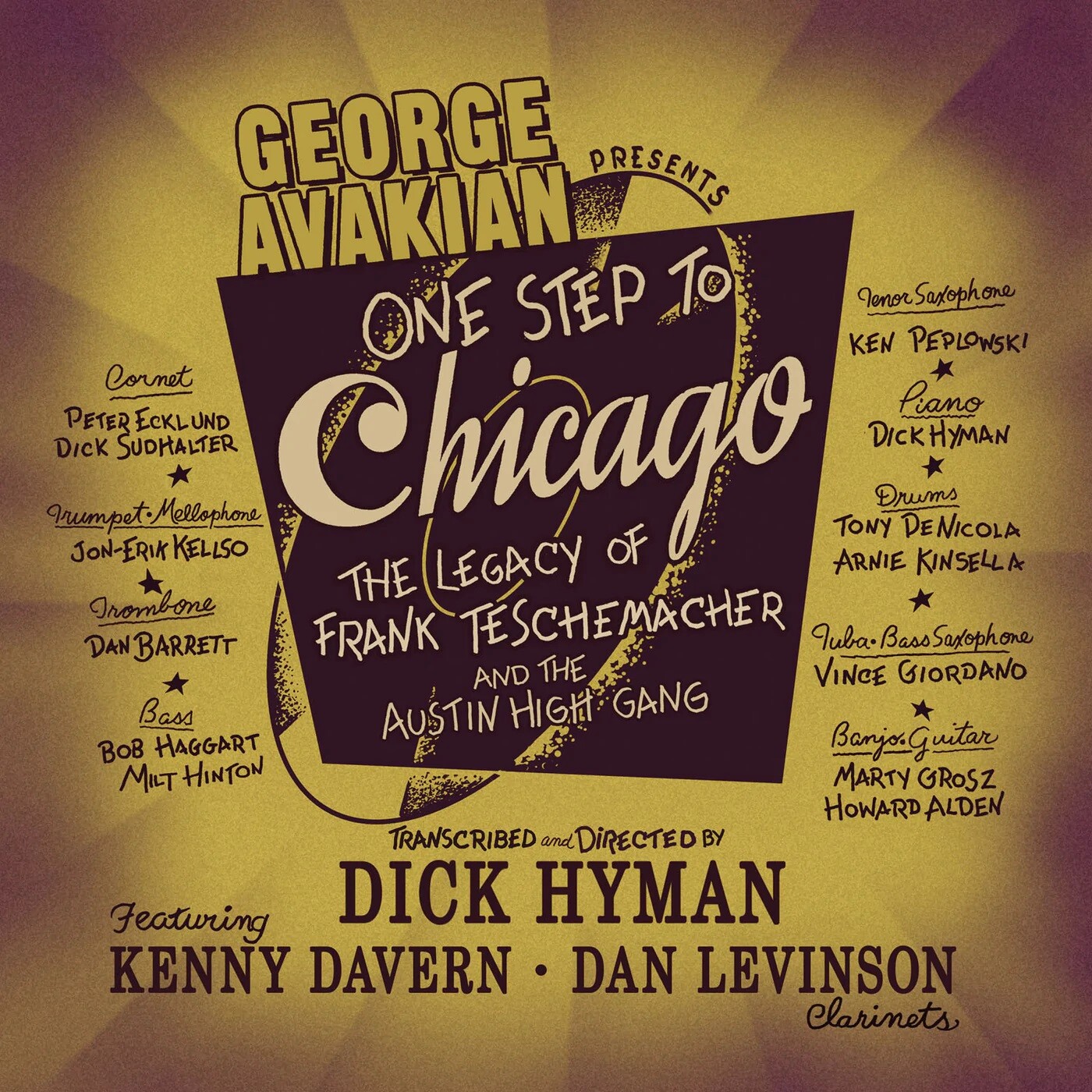 The Austin High School Gang, a group of teenagers in Chicago attending Austin High School in the 1920’s, became smitten with the jazz of the day and, along with some of their friends, proceeded to form a band, from whose ranks several eventually reached national and later international acclaim: Frank Teschemacher,Jimmy McPartland, Bud Freeman among them. They were inspired by the New Orleans Rhythm Kings and also drew from Bix Beiderbecke and the Wolverines as well as King Oliver’s Creole Jazz Band.

This band and its recordings motivated Dick Hyman, who was artistic director of the “Jazz in July” series for the Manhattan Y, to plan a concert he titled “Chicago Jazz” to be in the style of the Austin High School Gang. Two bands were scheduled for the concert on July 30, 1992, one to be unscripted but in the spirit of the Chicago band and led by Kenny Davern, the other to play transcriptions of the Chicagoans’ recordings by Dick Hyman and led by him.

George Avakian was the record producer who, as Dan Levinson informs us in the CD booklet, “produced the first jazz album in 1939 and 1940. It was a set of six 78 rpm records called Decca Presents an Album of Chicago Jazz.” He went on to produce a number of other jazz recordings. Invited to a rehearsal for the Hyman concert, he enthusiastically promoted a recording session to be held the following day, July 31, 1992.

Avakian could not secure a company willing to absorb the considerable costs of producing the recording, which he had covered himself, and issuing it. So it remained unissued in Avakian’s possession, and on his death in 2017, was turned over with the rest of his library to the New York Public Library, where it languished until Rivermont Records stepped in to release it. All of this story and more is contained in the excellent 80-page booklet on notes that accompanies the CD, the package resembling the 78 rpm album although it is CD size.

I was somewhat startled by the first track, “One Step to Heaven,” a tune I am not familiar with. It was not so much the tune itself that surprised me, but the fact that it is played by the ensemble for the most part. Chicago-style jazz to me is usually a series of solos, bookended by an ensemble to open and close a tune. Here, however, that is not the case, and I derived much enjoyment from listening to the several instruments all working to complement each other. Of course, with nine pieces, there had to be some arrangement to avoid any confusion, and it goes without saying that Hyman’s transcription is flawless.

The other five tracks, transcriptions rendered faithfully by the Hyman group, all have the definite late ’20s feel. The solos are not all just backed by the rhythm section alone, but by considerable ensemble passages. The staccato sax in “I’ve Found a New Baby” certainly conjures up the period. The arrangement of “China Boy” is intricate, the piano taking a solo—and a true one with no backing of any kind—after the initial ensemble. Then there is the sax solo with stop time backing by ensemble and one with brushes by the drummer. Finally the out choruses are taken at low volume, gradually working to a crescendo, with the drummer hitting off beats on the tomtom. All sounding very ’20s and arranged, not spontaneous—but all very interesting.

The second half of the CD is given to Kenny Davern’s group. (Apparently the order of the groups’ appearances at the actual concert itself was the reverse of that on this CD.) Hyman is again at the piano, and after an interesting eight-bar solo intro, we are off with Jon-Erik Kellso’s fat-toned trumpet lead swinging into “The Darktown Strutters’ Ball.” Following solos by clarinet, trumpet, and guitar, we come to some interesting 4-bars interplay between the bass and first the clarinet and then the piano. Hyman plays some descending chiming chords behind Milt Hinton. After that we have a set of fours trading between the various members of the group and the drums, Tony DeNicola’s fours being extremely tasteful. It all adds up to a very pleasurable rendition.

Embedded jewels are also to be found in other tracks, such as the interesting harmonies of the first time through “Nobody’s Sweetheart” or, following the guitar solo, the trading of eight bars, then four bars, then two bars between the bass and drums before the final ensemble ride out. Such trading is fairly frequent in these last seven tracks and always pique one’s interest.

The last track features the “massed bands”—some fifteen musicians in all—and could have been a “mega-mess” (as I have sometimes seen and heard them become). Two sets of drums on a stage at the same time, each occupied, can be ominous. However, no such catastrophe occurs in “Farewell Blues,” a testament to the caliber of the musicians present and to the superb direction of Dick Hyman. After the four-bar intro by Arnie Kinsella on drums, the tight harmonies all the way through the “train whistles” lead into the solos. There is also trading of fours between the instruments in the rhythm section, allowing each to take a bow without stretching the proceedings to an inordinate length. Somewhat fittingly, given the opening of the track, the drums signal the close with each drummer taking a four-bar a tag in turn and the ensemble then coming in to close it. Hyman’s arrangement is a small tour de force and brings the concert to an appropriate conclusion.

No one leaving the concert hall that night could have been less than enthused about what they had just witnessed. Those of us who were not there can, through this CD, get a small taste of what it must have been like. And as lagniappe we get not only an auditory sampling of fine Chicago-style jazz, but with the most informative booklet also something of a dissertation to accompany that experience: a definition of “Chicago jazz,” even a discussion of the merits (or demerits) of “note-for-note” copying of original performances, including the thoughts of a number of musicians on that subject. However, the concert attendees back in 1992 did not have the benefit of this booklet. But perhaps some with booklet in hand today were also at the concert. Lucky them!

This album can be ordered at rivermontrecords.com and Amazon, as well as other outlets.

One Step to Chicago: The Legacy of Frank Teschemacher and the Austin High Gang
Dick Hyman et al.
Rivermont BSW-2260