Cladys “Jabbo” Smith was born in 1908 and became a professional trumpet player at age 15. He showed up in New York City in 1925 and in 1929, made 20 remarkable recordings for the Brunswick label with a group put together by banjo player Ikey Robinson and called “The Rhythm Aces.”

He wrote a number of fine tunes for the session and his playing on the nineteen sides that were released is at least as technically proficient and daring as that of Louis Armstrong. However, these recordings did not sell well and Brunswick did not extend Smith’s contract. It would essentially mark the end of his active recording career. His career as an in-demand performer didn’t last much longer and today, he has almost no stature in the jazz canon.

Louis Armstrong also rose to fame in the 1920’s, but his career, unlike Smith’s, climbed continuously (with a Depression-era dip) and by the time he died in 1971, he was among the most famous and beloved individuals on the planet.

What accounts for the disparity in the careers of these two musicians? Are the criteria for evaluating their importance strictly musical, or are there extra-musical factors at play?

Smith did a certain amount of self-sabotaging that severely limited his career. An in-demand player in the late ’20s, he wouldn’t play for anything less than $100 a week and declined an offer to join Duke Ellington for $65 a week. [Here’s one of the five sides Smith recorded with Ellington in 1927, so you can hear what it sounded like.] His excessive drinking got him fired from Charlie Johnson’s Orchestra and in 1932, he moved to Milwaukee, not exactly the epicenter of the jazz universe. For the next 35 years, he rarely performed or recorded, until resurfacing in the 1970s. In 1983, his health forced him to stop performing and he died, a basically forgotten figure, in 1991.

But even the most well known of these trumpeters—Red Nichols, Bix, and possibly Bubber Miley with Ellington—did not attain anything close to the fame of Louis Armstrong who by the mid-1920s had already hit with Fletcher Henderson and recorded his Hot Five and Hot Seven records. Armstrong had become a “featured act,” including appearing in 1929 on Broadway with the Waller-Razaf show Hot Chocolates, where he played and sang “Ain’t Misbehavin’,” a big hit for him. Some of his big-selling 1929 releases included: “Black and Blue, (What Did I Do To Be So),” “Ain’t Misbehavin’,” “That Rhythm Man,” “After You’ve Gone,” “I Ain’t Got Nobody,” “Rockin’ Chair,” and “I Can’t Believe That You’re In Love With Me.”

Although not the star that Armstrong was, Jabbo had been performing and recording and was a known quantity when his Brunswick records came out. His recordings from 1927-1928, with Perry Bradford, Ellington, Charlie Johnson, and the Louisiana Sugar Babes, show that he was in a class with the players listed above, with occasional flashes to show what was to come. Then, in Smith’s recordings with Ikey Robinson in January, 1929, we hear the trumpeter that emerges on the Brunswick recordings made in February and March, 1929. His growth as a player between spring 1928 and winter 1929 was phenomenal.

If his recordings had sold, it’s reasonable to assume that he would have stayed in New York and his life would have played out differently. Bassist Milt Hinton, who played with Smith in 1930, agreed with that assessment and called Smith “the Dizzy Gillespie of that era.” Given the high quality of the other musicians and of Smith’s playing on the Brunswick recordings, I found it somewhat mysterious that they were not successful and I wanted to try and understand why.

There’s a tendency to work backwards in jazz history and apply the “Jazz is an Art-Form” perspective that took hold in the wake of the be-bop era. In fact, it had been common for musicians to know how to dance and sing and when older musicians talked about their careers, they understood the utilitarian aspect of their work and saw what they did as highly skilled entertainment—especially as accompaniment to dancing. We should acknowledge that Armstrong’s renown was not just the result of trumpet playing. Much of his success was due to his singing and charismatic stage presence. 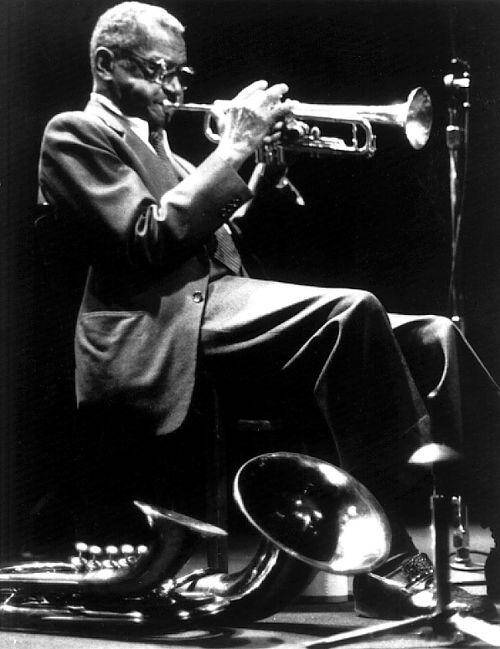 In Jabbo’s case, we can hear from his Brunswick sides that he was an excellent vocalist, but the recordings in January, 1929 are the first time we have heard his voice on a recording. And, there’s no indication I can find of Smith stepping out in front of any of the bands he was with to take a vocal feature.

In terms of trumpet playing, I simply don’t think you can make an aesthetic case for the superiority of Armstrong over Smith. The difference between Smith’s style and Armstrong’s was often cited by musicians of the era as Armstrong being more melodic than Smith’s. I think that became more the case as time went on, but what was outstanding about the Hot Five and Hot Seven recordings was not Armstrong’s melodicism, it was his harmonic inventiveness, strength, and flexibility. Since 1925-1927, when almost all the Hot Five and Hot Sevens were recorded, Armstrong’s style had taken no signal leap. In fact, it had simplified and become more codified. The qualities that marked the Hot Five and Hot Seven recordings began to be supplanted by the sheer bravado of Armstrong’s approach, his use of the upper register, more space and an emphasis on building solos toward a climax.

In the end, of course, discussions about musical merit aren’t settled by words. If there is an answer it is in the grooves of the records, so let’s do a little bit of side-by-side comparison and see where it takes us.

The technique in both cases is superb. Yes, Armstrong’s tone is slightly more, call it more charismatic. However, I submit that here, as in many of his recordings, Jabbo actually shows a wider arsenal of trumpet techniques than Armstrong.

Did Armstrong have a great vocal advantage? Here’s Armstrong on “Heebee Jeebies.” Vocal starts at 1’20”:

Jabbo’s voice is very similar to Armstrong’s on this recording, although it is lighter and less growly on other vocals. I don’t hear much separating them.

For a final comparison, I wanted to find an Armstrong tune that matched the up-tempo of “Jazz Battle,” but there’s nothing that does. Here he is playing “Beau Koo Jack,” 1928:

Listeners will evaluate these performances as they will. 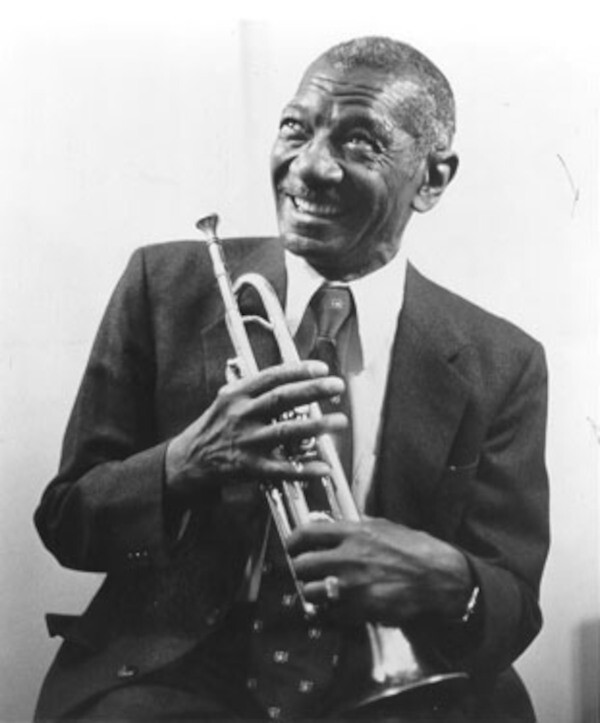 As to the question of why Jabbo’s recordings flopped, I have no musical answer, but there might be a practical one. It was the Depression and record sales were way down. It’s possible that such money as people had, they would likely spend on the more well-known trumpet quantity: Louis Armstrong.

The other question—why his instrumental achievements have not been given their rightful due—is more complicated.

In general we find that, like history, jazz history is written by the winners; or should I say, by critics about the winners. Career length and whom you play with matters. We see this in the diminished reputations of musicians who have chosen to become expatriates or to spend a lot of time out of the US. This is also the case with musicians who decide they don’t want to travel and stay in their home cities.

It’s natural for critics to spend more time writing about people they are able to see in person, but there are a couple of problems with this. For one thing, musicians coming from out of town always draw more attention than home-towners (“We can always see him next week”). This is a common complaint of musicians have who have been on the road and then settle in one city and find they have fallen off the critical map.

The other way we learn about and critically perceive musicians is through recordings and there’s also some in-built prejudice in this process. Had Jabbo Smith in fact spent significant time with Ellington, any recordings he did on his own would have carried that important imprimatur. It also helps to boost a reputation when a recording company champions a musician and re-releases his or her old material, with accompanying outreach and publicity. I can find no 21st century re-releases of Smith material.

Then, there is the tendency to want to make history fit in a streamlined, linear timeline. In the case of trumpets in earlier jazz, that would be something like Freddie Keppard–King Oliver–Louis Armstrong-Roy Eldridge-Dizzy Gillespie. In fact, the stew that was New York City and the gumbo that was New Orleans were furnaces in which the flames of creative advancement were stoked by a talented cohort of players who played, battled, drank and learned from each other.

This sounds like a flattening of history, but the problem is it’s not really flattened. It actually means that high crests are being created that throw much of the landscape into shadow and over the course of time, the disparity between the highly vaunted and the lesser-known increases (in much the same way that the economic disparity in America has). 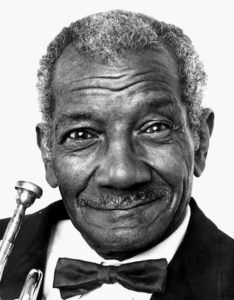 There’s already a tendency, because of streaming and digital distribution, for listeners to encounter disembodied tracks that carry little information apart from the name of the lead performer, with no information about the other musicians on the date. Seasoned jazz listeners tend to be adamant about having more information, but many—especially young ones—can only know what’s offered to them. Without interventions, canons tend to perpetuate themselves and worthy musicians find themselves on the outside looking in, as the multi-CD sets of Armstrong and Miles come pouring out.

So, when you see Jabbo standing at the side of the road, don’t just wave—pick him up. You’ll find his music a great companion as you drive down the jazz highway. 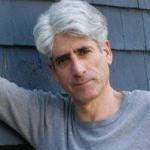